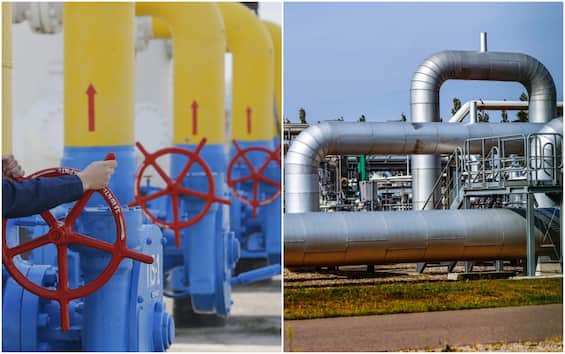 At the TTF in Amsterdam, natural gas costs less than the day before the invasion of Ukraine by Russian forces. Ineffective the words of the Russian Energy Minister and Deputy Prime Minister Novak, who threatened a stop to supplies in the wake of the price cap agreement reached this week by the 27 member states of the Union

The race to the bottom undertaken by gas prices for more than a week now shows no sign of stopping. At the Title Transfert Facility in Amsterdam, the raw materials exchange taken as a reference by the European energy market, methane is now down by a further 8.2% to 83.9 euros per megawatt hour regardless of the latest threats to stop supplies arriving by Energy Minister and Russian Deputy Prime Minister Aleksandr Novak. This is a level well below the 88 euros reached on 23 February on the eve of the invasion of Ukraine.

“Russia wants to divert its gas supplies from Europe to other markets, even if the European one remains “relevant”. These are the words spoken by Novak in the morning according to reports from the agency tax. “The price cap in the EU could push suppliers to other markets without restrictions,” explained the Russian deputy minister. That in an interview on the TV channel Russia 24 he then explained how even Russian hydrocarbon companies, faced with Western sanctions, are redirecting shipments of crude oil and petroleum products towards the Asia-Pacific region, Africa and Latin America.

The agreement reached during the week between the 27 Member States for a Community ceiling on the price of Russian gas has contributed to favoring the downward spiral of gas. The mechanism will be in force starting February 15 and will start at 180 euros per megawatt hour on the monthly TTF in Amsterdam, with a differential of 35 euros compared to the global average price of LNG and a dynamic ceiling. In the event of a supply emergency, it will automatically shut down. By 1 November 2023, the Commission will review and decide whether to extend the validity of the measure.