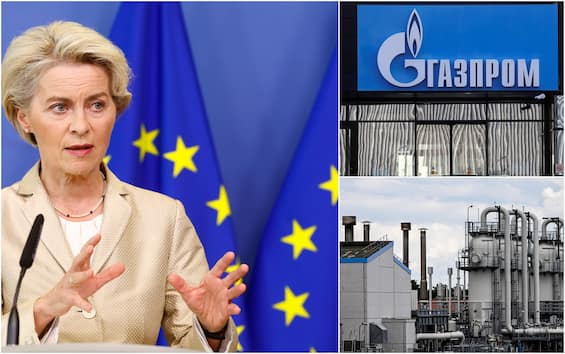 Gazprom announced that energy supplies to Rome, blocked for days in Austria, have restarted. The news was confirmed by Eni. The President of the European Commission Ursula Von der Leyen has meanwhile assured once again that the Union is “ready” to implement a price cap on gas to also lower electricity prices. However, Europe is unable to find an answer on the creation of an emergency fund to deal with the energy emergency

Russian gas returns to Italy. Gazprom declared that it had found a solution to restart energy supplies to our country, blocked for days due to technical-bureaucratic problems in Austria, from where the TAG (Trans Austria Gas Pipeline) passes before reaching Tarvisio. Eni confirmed the resumption of flows. Meanwhile, speaking at the plenary of the European Parliament, the president of the commission Ursula Von der Leyen assured that the EU is ready “to discuss a ceiling on the price of gas” as a temporary measure to curb increases in electricity, linked precisely to those of gas. In view of the winter, she added, it will also be necessary to reduce gas consumption: they have already dropped “by about 10%”, but “more must be done”. Also because, continues Von der Leyen, “Russian gas supplies have decreased to 7.5% of gas pipelines.” But the gas game goes beyond national borders and there are many problems to be solved, with the A European Union that continues to fail to find a square between the positions of its member states on a common level. price increases, a new point of friction has been added: the setting up of a new ad hoc fund to cope with the boom in energy prices.

Clash in the EU on Sure 2 fund

The diversity of views on the energy issue is not only among the 27 EU countries, but also within the Commission itself. The idea of ​​a new emergency fund was first put on the table in a letter from commissioners Paolo Gentiloni and Thierry Breton. Then it was brought to Ecofin by the French Finance Minister Bruno Le Maire. The birth of the energy crisis fund – which should be similar to Sure, the one designed to help protect jobs and workers affected by the coronavirus pandemic – is however a long way off. As on the price cap, Germany and the Netherlands say they are against it for now.

RePowerUe, there is agreement on national Pnrr

However, an agreement was reached at Ecofin on adding a new chapter to the National Recovery and Resilience Plans to obtain the funds of the RePowerUe, designed to increase the strategic autonomy of the Union by diversifying energy supplies and increasing independence. and the security of the Union’s energy supply. RePower hinges on 200 billion of residual loans from the EU Next Generation and 20 billion of grants.