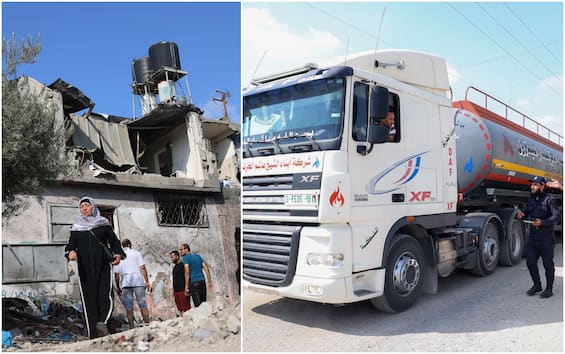 After a night of calm, the Gaza ceasefire reached between Israel and Islamic Jihad and mediated by Egypt continues to hold. An agreement that does not include the release by Israel of two senior members of the Gaza faction, Internal Security Minister Omer Barlev said today. Meanwhile, with the conclusion of the “Breaking Dawn” operation, the military radio quantified the attacks by the Palestinians and the operations conducted by Israel: from Gaza, the broadcaster reported, 1,100 rockets were fired, but only 900 entered in Israeli territory while the others fell back into the Strip.

The reopening of the crossings

Israel announced that this morning the Kerem Shalom trading post (whose closure had caused the Gaza power plant to stop operating) and the Erez passenger crossing, from where 14,000 Gaza workers employed in Israel can pass today, are reopening. Yesterday the Erez crossing was damaged by Islamic Jihad mortars, but it seems to be still accessible. However, in the area close to the Strip, Israel maintains some prudential measures. Farmers are still prohibited from reaching fields near the border fences.

According to the Israeli military radio, in the three days of the “Breaking Dawn” operation, the Iron Dome defense batteries intercepted 380 rockets that directly threatened inhabited areas in Israel. According to the broadcaster, this is a success rate of 96-97%, significantly higher than those recorded in the last ten years in the operations conducted against Hamas in Gaza. This is due, explains the radio, to the constant improvement of those batteries. The new laser rocket interception system has not yet been used and according to the broadcaster it will only be operational in a year or two. In three days of fighting, Israel hit 170 Islamic Jihad targets in Gaza. Among these: a military tunnel, warehouses, launch pads, emplacements and also prominent members of the military wing of that organization. Ten rocket launches were intercepted on the ground, in real time.

“Israel has not agreed anything, we have replied in a negative way to the request”. Thus the Minister of Internal Security Omer Barlev, on TV Kan, explained that the ceasefire agreement does not include the release of Khalil al-Awawda – currently on hunger strike in prison where he is in administrative detention – and Bassam al-Saadi, leader of the Jihad in the West Bank arrested last week in Jenin.