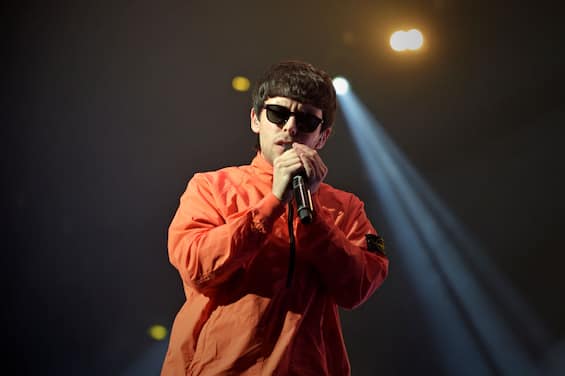 Things are going really well at Gazelles. A few days ago he announced that on 9 June 2023 he will bring his music for the first time to the Stadio Olimpico in Rome, crossing an important milestone for any Italian artist. He is probably very happy inside but he doesn’t show it too much because, as he sings in the new single released on November 18, “when everything is going well and you feel light” it is better “not to tell anyone”.

Happy Days not to be disclosed

Do not tell anyone it was also born a bit to celebrate where Flavio Pardini has arrived, after all in a short time. It seems like yesterday that the Gazelle project exploded with That you. It was the end of 2016, it-pop was perhaps reaching its peak at least in terms of popularity and this mysterious singer was making the whole scene talk about himself. In the end Gazzelle wasn’t a group, as some thought, but the alter-ego of a boy who worked in a pizzeria by the slice and was finally convinced to publish his songs. The anonymity did not last long: at the first concert at the Monk in Rome, Gazzelle revealed his identity to the public, which had already filled the venue until it was sold out. The structure of the songs that the singer presented that evening were light and melancholic as it is also Do not tell anyonethe single that comes out a few days after the announcement of the first live at the Olimpico.

It’s not all black either

The author of Is not you he went from clubs to stadiums in six years and yet the formula of his success has always remained more or less the same, without changing too much: simple songs, without great messages but which tell stories with which it is easy to empathize. All drowned in a romantic melancholy that looks a lot like the bittersweet feeling sung by people like Luca Carboni. Some time ago Federico Zampiglione of the Tiromancinos defined Gazzelle as “a noir artist”, a fitting definition which was also appreciated by the recipient of the comment himself: “He took us a bit. I’m very like that, I’m like I sing, it’s my state of mind, I’m chronically dissatisfied. But if in the past it seemed like a negative thing, over time I realized that my dissatisfaction coincides with hunger, it pushes me not to be satisfied. It’s gasoline that keeps me from sitting there telling me how good looking and good I am. And then that’s fine.” That inability to limit oneself to enjoying one’s triumph or at least to show one’s joy without filters, almost as if one were ashamed of it, is the fulcrum of Do not tell anyone. “Don’t tell anyone when you’re happy and dizzy. That no one cares if everything goes well and you feel light,” Gazzelle sings in the chorus. He doesn’t chase happiness or big awards: she lets us know that it would be enough for him that everything was “less ugly” after years spent “drinking three and a half liters of melancholy”.

And deep down underneath you’re fine too

This is how Flavio Bruno Pardini presented his new hit, which comes a year after that Fottuta song presented during a guest at X-Factor: “I’ve bought so many lies over the last few years that I’m pissed off myself and it doesn’t go away with aspirin or hitting the wall. Perhaps there is only one cure for all this headache and that is to find small moments of happiness here and there, shared, protected, sheltered from the storms that people carry inside. For this and a thousand other reasons, when you’re really happy, keep it to yourself, don’t flaunt it, don’t tell anyone.” Expressing one’s contentment, however drowned in copious pockets of melancholy, is on the other hand almost pleonastic today. To quote Gazzelle we already know that “not even everything can be black” if you spend five and a half years from writing songs for you to getting the Olimpico. The singer of Sayonara jumped from the 600 fans of that first sortie to the monk to the biggest plants in record time, also passing through exhausting tours in which he even did five concerts in five days. Even if he may never become Vasco Rossi, as he naively dreamed of as a child, we are sure that today Flavio looks back and is happy. He is even if he won’t tell anyone, maybe not even himself.