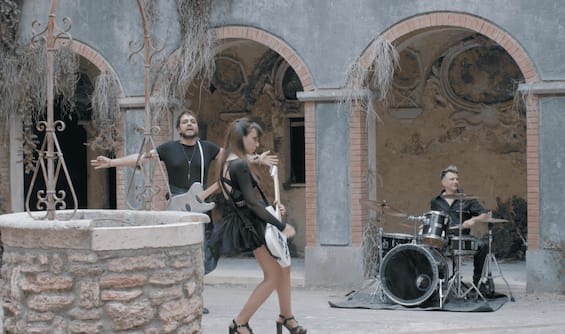 The desire of the gods is overt Gazosa to reaffirm their return to the stage; and this energy is manifested once again in music, in the new single that has the premonitory flavor of a future surprise, of the great leap, a new phase of their career. The new single is Gentleman (distributed by Believe Digital) and produced and arranged by Paolo Valli, in radio rotation and available in digital stores.

Federico Paciotti, voice and guitar of the band, explains the concept of the song that tells a toxic relationship at the last round: “You need to have the strength to be aware, to look at reality without filters, trying to understand if the partner we have at our side is the right one or the result of our idealization. Even in a moment of difficulty, unconscious of the dangers, we must go forward because life continues and reserves for us encounters, experiences, the beauty of the unknown ”. It is a song of wounded, struck, reborn and regenerated self-esteem; of liberation, when you arrive at the most conscious moment of the relationship: the end or the way back. Despite being a rock song, to reiterate it is Vincenzo Siani’s pressing drums, it also has pop vibrations (on the track of the Gazosa repertoire) and raw, hard atmospheres. The video clip will be released in the next few days Gentleman, directed by Valerio Matteu, produced by Diego Castelli, with the participation of the actress Assol Calò.

In conjunction with the release of the song, the band announces the first stages of Gentleman tourto celebrate their reunion with the public, live in the theaters of Italy. In the meantime, Gazosa, the first Italian band that changed the game of pop 2000, are working on the new record project, which will be released in 2023.