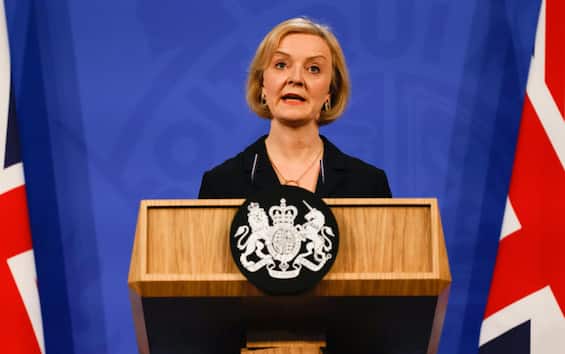 British Prime Minister Liz Truss apologized for “going too far and too fast” with the reforms that sparked economic turmoil, but vowed to remain in charge despite a series of hardships. “I want to take responsibility and apologize for the mistakes that have been made – said Truss in an interview with la Bbc – I wanted to take action to help people with high energy bills deal with the problem of high taxes, but we went too far and too fast. I recognized him. “

Truss: “Forward in the interest of the country”

“I was elected to take the country forward. We are facing very difficult times. We cannot afford to spend our time talking about the Conservative Party rather than what we need to do for the country. This is my message to my parents. colleagues “, the prime minister added, explaining that she acknowledged” that there were mistakes “but claiming that she had” acted quickly to correct those mistakes “. “What we now have to do is move on”, and I “will stay at work to maintain the national interest”, are the words of Truss who defended the decision to abandon many of the measures foreseen in the mini-budget, saying that it would be “completely irresponsible” for her “not to act in the interest”. “I knew we had to act to protect economic stability, which is why I appointed Jeremy Hunt,” she said.