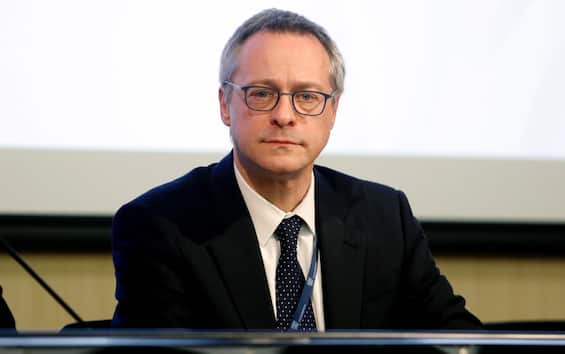 For the president of Confindustria it is more than ever necessary for Italy to complete the important reforms on the government table. The parties, engaged in a “battle between flags”, would hinder Prime Minister Draghi. Bonomi opens up the possibility of reflecting on the production of Italian nuclear energy and warns: “We are not ready to immediately say enough to Russian gas”

The data on GDP relating to the first quarter of 2022 are not comforting: Italy, says the president of Confindustria Carlo Bonomi, interviewed by the director ofAgi Mario Sechi, could go into recession. The situation is more complicated now than during the Covid-19 pandemic. “Today, unfortunately, we are in the presence of a series of external components: the increase in the price of raw materials, energy costs”, says Bonomi, according to whom it is more than ever necessary to continue with the reforms that at the moment “are at a standstill” : taxation, competition, active labor policies, justice. The fault, according to the president of Confindustria, would not lie with the Prime Minister Mario Draghi, but rather with the parties committed to carrying out their “battle between flags”.

Dragons and the parties

Relations between Confindustria and Prime Minister Draghi are going “very well”. Bonomi underlines how the prime minister has managed to reposition Italy “with authority in its natural riverbed: Europe, America, NATO”. The Palazzo Chigi-Quirinale axis is also doing well: with Draghi and the President of the Republic Sergio Mattarella, Italy can count on “a couple of aces”. The problem is “that the parties do not have the same interest in this great geostrategic design.” The political forces, according to Bonomi, are not allowing Draghi to carry out the delicate reforms that Italy needs: “They have begun to slow down the reform action for the administrative elections last autumn: Turin, Milan, Rome, Bologna, Naples. Then there was a budget law that came under the elections for the Quirinale. And unfortunately we will still have a very long electoral period , a numerically important administrative round is voted in June, we will have regional elections in Sicily in November and hopefully the political vote in March, unless they want to anticipate it. You have to stay close to the Prime Minister to have the strength to make the reforms. Draghi had a clear idea of ​​what to do, not from today: the problem is that the parties give him the opportunity to do so “.

The sanctions adopted against Russia are not affecting Moscow’s “financing capacity”. For Bonomi, if you want to seriously inflict a blow on the Kremlin, “Russia’s exports of gas, oil and coal must be blocked, but the effects must be evaluated very seriously.” Among these, we must consider what would happen if Italy blocked imports of Russian gas. For the president of Confindustria “we are unable to completely replace Russian gas immediately, he would mean a collapse in the country’s production”. However, the association of industrialists would still be ready to support the “government in the decisions it will take”.

One of the most debated issues in recent weeks is also Italy’s position with respect to nuclear energy. Bonomi – according to whom Italy is paying for “decades of wrong energy policies” – reflects on how the country is stuck in “a 34-year-old referendum on technologies 34 years ago. Technology has changed everything. I would like this country to discuss the merits: there is new generation nuclear power, can we talk about it? “. For Bonomi, the reflection must be “of merit” and must find “a basis for discussion in Europe”, where “14 out of 27 countries” already work with nuclear energy.

From the pandemic to the war in Ukraine

For Bonomi, speaking of industry does not only mean speaking of productivity. It is also a “question of national security”: the consequences of the war in Ukraine prove it. After the economic recovery due to the end of the worst period of the coronavirus pandemic, “the time for the great restart of the economy seemed to have come”. An illusion, according to Bonomi: “The light at the end of the tunnel was that of another train, that of Putin’s war, of the growing tensions between the United States and Russia, of a Europe that risks being the Manzoni earthenware pot between the iron vessels “. According to Bonomi, it is time to “look at reality and deal with Italy with the idea that we are in a conflict that will shape a new world order. What game do we want to play? Do we have a vision? ”.

Another open game on the government table concerns the world of work. According to Bonomi, it is essential that taxes are not increased: “16% of Italian companies have already reduced or suspended production due to the increases, if the conditions of the war persist another 30% will suspend production, which means that almost a ‘company out of two in Italy risks coming to a halt “. Bonomi says Confindustria is ready to sit down at a table with the Labor Minister, Andrea Orlando, but first it must have a proposal to discuss. And he specifies: conditioning future interventions to a different contract renewal would be a “wrong” choice.