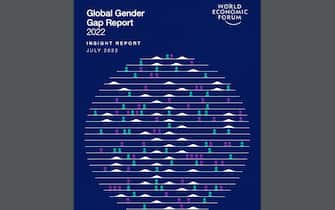 Italy does not make progress on the gender gap. This is what emerges from the World Economic Forum Global Gender Gap Index 2022, the ratio that measures the achievement of the objectives of parity between men and women in different fields: participation economicthe level of instructionthe health and participation politics. Our country is al 63rd place out of 146 countries

WATCH THE VIDEO: Gender equality, the EU directive for women in the board of directors arrives

Italy is also quite far from the other major European countries: to separate us from Spain (17th)there are 46 positions, 48 ​​from the France (15th) and 53 from Germany (tithe). Compared to 2021, Italy improved its global score by 0.001 and remains in the ranking immediately after Uganda and Zambia and just before Tanzania

Football, equal pay for men and women in the US

Bad data on economic participationwhich includes the world’s participation rate workgap salary gender, income from esteemed work, presence of women among officials, legislators, senior managers and highly specialized professions. Our country moves from position 114 to 110with an improvement of 0.003 points

What does the law on equal pay?

On a general level, Europe has the second highest level for gender equality (76.6%)with an improvement of 0.2 percentage points compared to 2021 and a calculated time of 60 years to bridge the gap

Richest women in Italy 2022: from Prada to the widow Ferrero, the Forbes ranking

At the top there are Iceland, Finland and Norway. Twenty-fifth out of 35 Italy, followed by the Slovak Republic, North Macedonia, Bosnia and Herzegovina, the Czech Republic, Poland, Malta, Hungary, Romania, Cyprus and Greece. Among European countries improved moreover: Albania, Iceland and Luxembourg

According to the report, it will take others to reduce the gender gap around the world 132 years. Four less than in 2021, when there were 136: one progress however too much slow to recover from the setback of the pandemic Covidwhich set gender equality back by a generation

According to the analysis, of the 146 world economies surveyed, only 1 in 5 managed to reduce the gender gap by at least 1% in the last year

In the field of health and survival the gender gap has been closed at 95.8%to the 94.4% on educationto the 60.3% on economic participation and opportunities et al 22% on political participation

At this rate of improvement, it will take 155 years to close the gap concerning empowerment in politics – 11 more than in 2021 – e 151 for the one on the economic participation