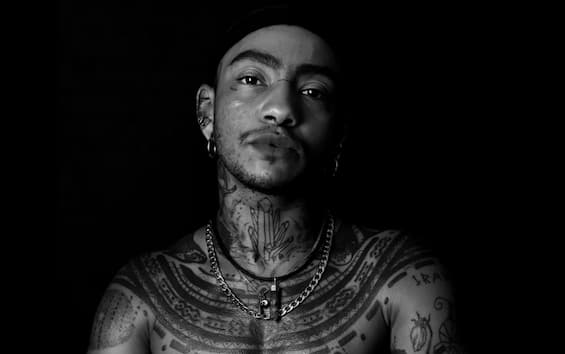 After the photographic reviews in London (2019) and Milan (2020), the Italian artist Veronique Charlotte brings her GENDER PROJECT to Berlin. Veronique photographed 100 Berliners to capture their uniqueness. The portraits will be shown from 27 to 30 October 2022 as part of an exhibition that includes workshops, performances and DJ sets, at the Alte Münz space. The project includes 1000 stories divided into 100 portraits for 10 world capitals with a single goal: equality. As explained by the artist: “The photographs were captured during an intimate exchange of energy and verbal communication, in which subject and photographer voluntarily assumed an open and vulnerable position facing each other to discuss their understanding of fluidity. and identity. The project starts from the etymology of the word Gender, which is only loosely associated with sex and more widely associated from Latin to the word kindness“This is what Veronique told us about the Berlin stage of the Gender Project

A popular German saying goes like this: “You are crazy my son, you must go to Berlin! Where are the madmen, that’s your place! “What does exhibiting in this city represent for you?

Sai Gender Project is not just an exhibition but a journey that we face in the capitals, an all-round journey, starting from the section of shots that lasts approximately 2 months in which we try to explore the city not only with our eyes but also through the eyes of the participants in the project, concluding with the final event that encompasses the whole journey through portraits but also talks, performances, work shops and much more. I think exhibiting in Berlin is another milestone in the history of Gender Project, conquering a space in one of the European capitals of modern art is a small dream that we have made come true.

The presentation of the Berlin exhibition in exergue carries this sentence “Beautiful things happen when you smile or when you are naked.” In your opinion is this really the case?

Beautiful things happen when we make ourselves vulnerable, being naked is not intended in a purely literary form, it is a mental and emotional undressing, for me, getting naked is synonymous with freedom, from patterns, social constraints and many times right from us themselves. A smile is a welcoming gesture to which you can only respond with another smile. In summary, yes.

Compared to London and Milan, did you find substantial differences in the subjects you photographed?

We talk about people, unique human beings, like me you and those who are reading us, we all have a story, yes sometimes the stories can be similar, of course, but the paths are different, the way of dealing with them and the emotional passages are strictly personal, I can tell you that we are all fighting a bit of a common battle towards equality and human rights, this is a constant.

You started this project in 2019, how do you think gender identity is perceived today?

In recent years we hear more and more about gender identity, from the media, from the cinema, in the show, on the fashion catwalks, but we have not come to a full understanding of the development of gender identity in the individual, a deep understanding which is not made up of labels, terminologies and pronouns, I believe there is still a lot of confusion in simplifying something that is becoming an exploitation of equal rights to monetize always and in any case on minority categories. I would like to hear about ‘gender identity and laws that give equal opportunities’, protection and safeguarding. This is not a trend, a passing thing, a fashion, here we are talking about something else, and still many do not see it or do not want to see it, this terrifies me.

This is the first exposure you do post-pandemic. Has the Covid emergency changed your approach to work?

Actually no, we had to take a longer stop, redefine many things and postpone the Berlin exhibition to almost a year, Gender Project works every day without breaks, you know the approach to work has not changed but it has certainly strengthened me , made me find courage I didn’t know I had.

Nan Goldin, protagonist of the documentary film that won the Golden Lion at the 79th Venice Film Festival said: “There is no camera, there is rather a relationship, because I accept things as they are. I project nothing on the subjects, on the contrary I make sure that they do not become anything other than what they are. I have no prejudice, no expectations. People don’t have to play a part for me, they don’t have to give me what I want. What drives me to photographing them are the feelings I have for them: respect, love, and often physical attraction. I don’t want to change anything, nor make them be what they are not, nor imprint my sign on them. ” Do you agree?

I fell in love with Nan Goldin’s work when I was very young, as I have released in many interviews my creative method is basically very much in line with hers, but in a modern way, subject and photographer get naked, mine are not posed portraits, and the subjects are volunteers not chosen by me, there is an open conversation that can last from 30 minutes to an hour to 3 hours with those in front of me, this year in Berlin for the first time there will be a video interview in which I am me to get naked and tell the project from its genesis to today, I agreed to do it for the first time, and I think this can help to understand a little more who I am and what is leading me to take that long journey of photos stories.

What will be the next stage of the Gender Project?