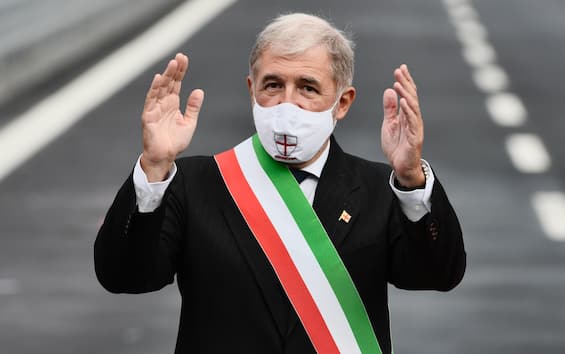 The current mayor is 55.7% of the votes, with 511 sections scrutinized. The challenger of the center-left and of the 5-Star Movement, Ariel Dello Strologo, is instead stopped at 37.9%

The outgoing mayor of Genoa Marco Bucci, supported by the center-right coalition, is in the lead in the counting of the votes for the municipal elections of 2022 and is traveling towards reconfirmation as mayor already in the first round (WHO ARE THE CANDIDATES – THE SPECIAL). With 511 sections scrutinized out of 656 so far, Bucci collects 55.7% of the votes against 37.9% of Ariel Dello Strologo, candidate of the center-left and Movimento 5 Stelle. Yesterday, Sunday 12 June, the citizens of over 900 Italian municipalities, including the Ligurian capital, went to the polls to elect mayors and municipal councilors. The polls were closed at 11 pm and the referendum ballot proceeded first. While the one for the Administrations started at 2pm today. (EVERYTHING YOU NEED TO KNOW ABOUT THE ELECTORAL RETURN – HOW THE DISJUNCT VOTING WORKS – HOW THE PREFERENCES WORK). The definitive turnout in Genoa, for the Municipalities, stood at 44.14%.

Bucci: “I’ll be mayor for everyone, even those who don’t vote”

“It is a beautiful day, we have achieved a good result which we are very happy with, I want to thank first of all the Genoese citizens who have trusted us, above all I say and repeat that I will be the mayor of all”. Thus the mayor of Genoa Marco Bucci commented the almost certain electoral victory. “I will be the mayor of all regardless of what the citizens voted, regardless of whether they went to vote or not, I think it is the main message”, he stressed. To vote was 44% of the voters, five years ago it was 48%. “I was very pleased with the phone call from Dello Strologo.”

Who has applied for Genoa

In this electoral round, 7 candidates were running for the position of mayor at Palazzo Tursi. Outgoing mayor Marco Bucci presented himself for a second term, supported by the united center-right. The Democratic Party and the M5s presented themselves with a common name and nominated the lawyer Ariel dello Strologo, supported by a progressive coalition. Also in the running is Mattia Crucioli, senator elected in the ranks of the M5s but then expelled after failing to vote for confidence in the Draghi government. Today in the Alternative quota, he is a candidate with the “United for the Constitution” list. Then there is Antonella Marras, supported by the list The left together, which brings together the candidates of the Italian Communist Party, the Communist Refoundation Party and the Anticapitalist Left. Among the candidates also Cinzia Ronzitti, trade unionist running with the support of the Communist Party of Workers. Finally, two independent candidates: Carlo Carpi, running with the “Together for Genoa” list, and Martino Manzano Olivieri, the candidate of the 3V Movement.