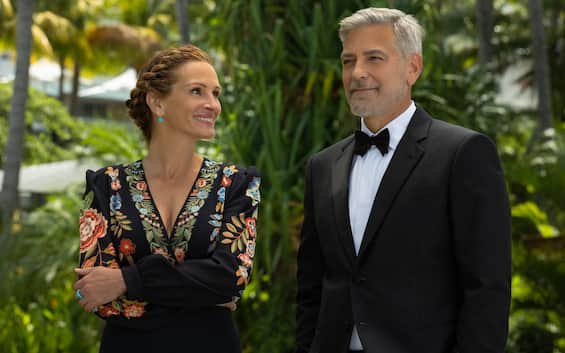 New success for one of the most popular couples in cinema. Julia Roberts And George Clooney they have crossed an important milestone, in fact their latest film Ticket to Paradise allowed the two actors to reach a billion dollars in revenues considering the films made together, as announced by Deadline.

ticket to paradise, the success of the film

Two icons of the seventh art that for decades have been thrilling audiences around the world. For the fifth time George Clooney and Julia Roberta starred together thanks to the work of Ol Parkerdirector of Oh mama! Here we go againalso engaged in writing the screenplay alongside Daniel Pipski.

According to the magazine Deadlinethe success of the film (PHOTO) has meant that the sum of the takings of the films with both actors came to exceed one billion dollars internationally.

Here is the official synopsis of Ticket to paradise published in the caption of the trailer shared by Universal Pictures International Italy on YouTube: “Academy Awards® George Clooney and Julia Roberts return to the big screen as two ex who find themselves on a common mission to prevent the daughter in love from making the same mistake as they do “.