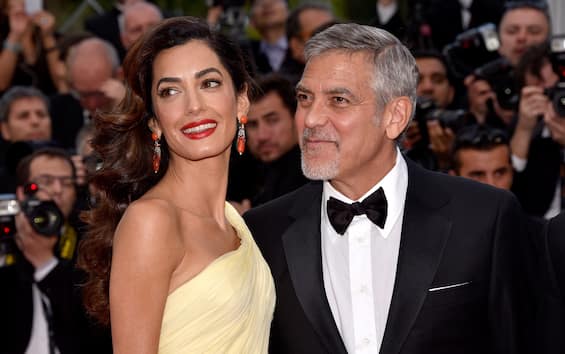 George Clooney’s children speak Italian perfectly. This was revealed by the actor himself during an interview on Jimmy Kimmel Live.

The children of George Clooney And Amal Alamuddin they speak Italian very well, also thanks to the holidays in Italy and in the house on Lake Como. “We did a really silly thing – Clooney said in the interview -: them They speak italian correctly, I repeat, a correct Italian, at three years old. But I don’t speak Italian and neither do my wife, so we armed them with a language ”. The 59-year-old star explained that his children answer him in Italian. “If I say ‘go and tidy up your room’ they answer ‘Eh, papa stranzo‘- explained the star, crippling the word – I’m from Kentucky, for me English is a second language ”, he joked.

George Clooney and love with Amal

Meanwhile, in a new interview for GQ’s Icon of the Year issue, Clooney talked about when he met and fell in love with Amal. “Before she arrived she thought: ‘I will never get married. I will have no children, I will work, I will have great friends, my life will be full like this, and I am fine. But I didn’t know how empty my life actually was until I met Amal. And everything has changed. There is no doubt that having Amal in my life changed everything for me – the actor and director said – It was the first time that she as a person (and everything she did) was infinitely more important than anything about me. . And then we had these two capricious little ones – added Clooney referring to the twins Ella and Alexander – And now my life is very fulfilling, and certainly something that at the time I hadn’t foreseen at all for my future ”. George and Amal got married in 2014 in Venice, just over a year after their meeting. At first, however, the couple had no intention of marrying. “We never talked about marriage when we were dating. I asked her to marry me out of the blue, and it took her a long time to say yes. I was on my knees for about 20 minutes, at the end I said ‘My hip starts to hurt’ ”. And then she continued: “We never even had talked about having children. One day we go to the doctor and Amal does the ultrasound. They say, ‘Expect a boy’ and I was like, ‘One son, great!’ But then the doctors add: ‘And there’s a sissy here too.’ I was stunned. Once again surprised by life: I am old and suddenly I would have been a parent of two children, I did not expect it. It’s hard to make me speechless, but that day I stood there for 10 minutes staring at this piece of paper that said I was going to have twins ”.