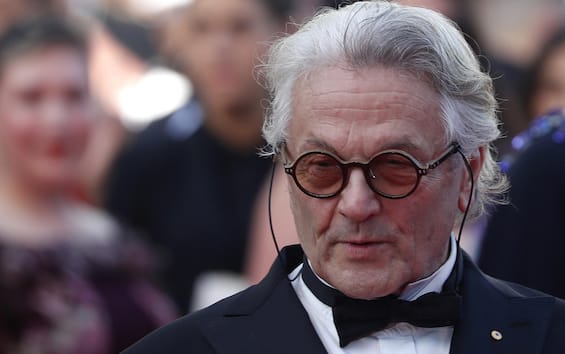 Scrolling through the cast names of George Miller’s last two films, the next Three Thousand Years of Longing and the anticipated prequel Furiosa, there are many stars. From Idris Elba and Tilda Swindon (main interpreters of the film already presented in Cannes) to Anya Taylor-Joy, the absolute protagonist of the next chapter of the Mad Max saga. Among the actors who appear in both films, however, there is also one who has just started his career: Quaden Bayles, an Australian child who made headlines for a bad story of bullying. Now he’s taking his revenge thanks to George Miller’s cinema.

Previously seen in the saga of Matrixactor Lachy Hulme also has a part in Three Thousand Years of Longing by George Miller. During the shooting it was the director himself, with his way of involving everyone on the set, who impressed Hulme the most. While they were on the set of a choral scene, Miller genuinely worried even the latest extras by asking them if they wanted anything and generally reminding everyone present to have fun. Seeing all this, Lachy Hulme says he understands “George Miller’s genius and generosity”. These two qualities of the director were also demonstrated in another moment of the making of the film, when the director found the perfect person to be included in the cast by doing above all a nice gesture.

Quaden Bayles, from bullied to actor

In 2020, an Australian mother posts a video on social media: her son Quaden Bayles is seen in tears and upset. The nine-year-old boy has just left school. Even that day he was bullied by his comrades who make fun of him for his condition. In fact, Quaden suffers from achondroplasia, the most common form of dwarfism, and in the classroom for this he is constantly teased by some of his peers.

The appeal of the child, who in tears asks for a solution to the problem of bullying even threatening to kill himself, moves Australia. All the biggest stars in the country bring their support to Quaden and take his side, including Hugh Jackman. George Miller, the Australian director of the saga of Mad Max but also of products for families such as cartoon Happy Feet, however, thinks that what has been done up to that moment is still not enough: he therefore decides to audition at Quaden. The movie he’s thinking of, Three Thousand Years of Longing, on the other hand it is a mosaic of many stories set in different places, even fantastic ones, and a small role for the child can be found. Everything is going well and Quaden Bayles’ debut in the cinema arrives, with a small part in the film of a great director. George Miller is even impressed by his performance, to the point of declaring al Sydney Morning Herald: “It was good for us and for him. And he did such a good job that he played a small role in too Furious “.

The latter is a highly anticipated film, being the prequel to Mad Max: Fury Road, one of the most beloved films of the saga and perhaps one of the best of the last decade. Of Furious little is known yet. What is certain is that Anya Taylor-Joy will be the protagonist who gives the film its name, playing a young version of the character launched by Charlize Theron in the 2015 film. At her side she will have other stars such as Chris Hemsworth but above all a great little actor : Quaden Bayles, the child with a truly cinematic story.