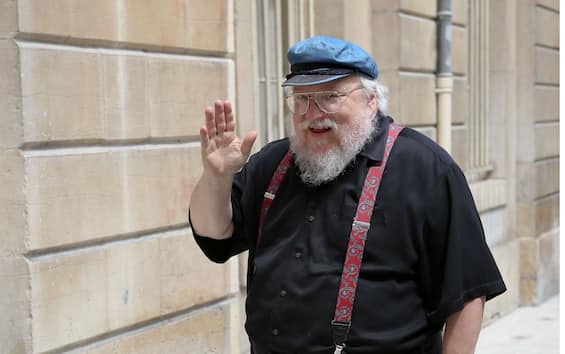 Dragons, giants and other mythological beings in a corrupted world of humans is the recipe of the novels of George RR Martin which led to the TV series Game of thrones and the most recent House of the Dragon. But, waiting for the second season of this latest series visible on Sky and NOW, the famous writer has confirmed that Warner Bros Animation will give life to a animated film of his book The Ice Dragon – The Ice Dragon.

During an interview with Penguin Random House to promote his new book The Rise of the Dragon: An Illustrated History of the Targaryen DynastyGeorge RR Martin revealed this news at Warner Bros. “Some of you may know that I have occasionally written other books that were not part of Westeros or that [storia]. And one of the ones I wrote way back in 1978 was a story about a dragon, an ice dragon, and it’s called The Ice Dragon” said Martin talking about the new project. The author’s fantasy novel was first published in the 80s and was illustrated by Alicia Austin.

The Ice Dragon: What’s the book about?

The book tells about a little girl named Adara, born during the worst frost imaginable. She at a young age she touches and then rides a ice dragon, a creature to be feared and which is the stuff of legends. Adara feels a connection with the magnificent being. Years later, war comes to her farm with the dragons of the north and the knights attack her family. The little girl takes it upon herself to end the war with the help of the ice dragon. The writer revealed that apart from the de Game of thronesWarner Bros is now giving life to The Ice Dragon in an animated format. “Just a short story, like I said. It is mainly one story for childrenbut we will transform it [in un film]he said. Revealing, “Warner Bros. Animation has bought the rights to it and we will be expanding it into a fully animated film…a theatrical film, we hope, that will be released in a theater near you.”

A taste of The Ice Dragon neither Game of thrones

Fans have seen a version of the ice dragon come to life in the tv series Game of thrones, in the last season, when the Night King was able to ride one of Daenerys’ dragons in the final battle. However the film inspired by The Ice Dragon will be animated, distancing itself from the famous series, while still making the project appealing to fans. Also dishing up the details, Martin revealed that David Anthony Durham will write the screenplay.