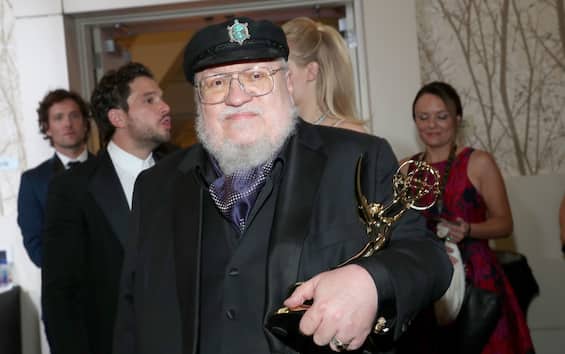 House of the Dragon is the prequel to game of ThronesTV series known in Italy as Game of thrones. On the occasion of the debut of House of the Dragonreleased in the United States of America on Sunday, August 21 in prime time on HBO, the creator of the novels from which the stories were drawn, George RR Martin, made some interesting statements especially on game of Thrones.

The revelation of George RR Martin

Asked by Wall Street Journalthe writer admitted that, in his plans, game of Thrones it should have lasted at least ten seasons, if not longer. However, the co-creators of the series David Benioff and DB Weiss have opted for its closure after eight seasons divided as follows: the first six of 10 episodes, the seventh of 7 and the eighth of 6 episodes. George RR Martinalso in the course of the interview, explained that in recent seasons of game of Thrones had little influence on the script. Something that has left him with a bitter taste in his mouth, although the writer has specified that this is not happening with House of the Dragon. game of ThronesHowever, it was one of the most successful TV series of recent years, critically acclaimed and capable of winning countless awards. However, many fans have noticed how game of Thrones has undergone a drastic acceleration of the narrative over the last two seasons, as if the producers couldn’t wait to finish the opera. Furthermore, for the uninitiated, the events seen in game of Thrones they are only partly taken from the books of George RR Martin. These, in fact, is still writing the final epilogue of the series A Song of the Ice of Fire. He is currently working on the sixth volume which starts from the fifth season of game of Thrones: this means that the last three seasons seen on TV are not part of the chronology of the books, which could thus have a different outcome than what we know.

What do we know about House of the Dragon

The events of House of the Dragon are set about 200 years before the story told in game of Thrones. The main protagonist is the lineage of Targaryenwhich we have known thanks to the exploits of Daenerys in game of Thronesa long journey that led her to sit briefly on the coveted Game of Thrones, before being killed by her lover / nephew Jon Snow / Aegon Targaryen. The processing of House of the Dragon began in April 2021 and ended in February 2022, with filming taking place purely in the UK, with some scenes shot in the United States and Spain. The first season will consist of ten episodes, which in Italy will be visible on Sky Atlantic, channel 110 of the satellite broadcaster and on NOW.