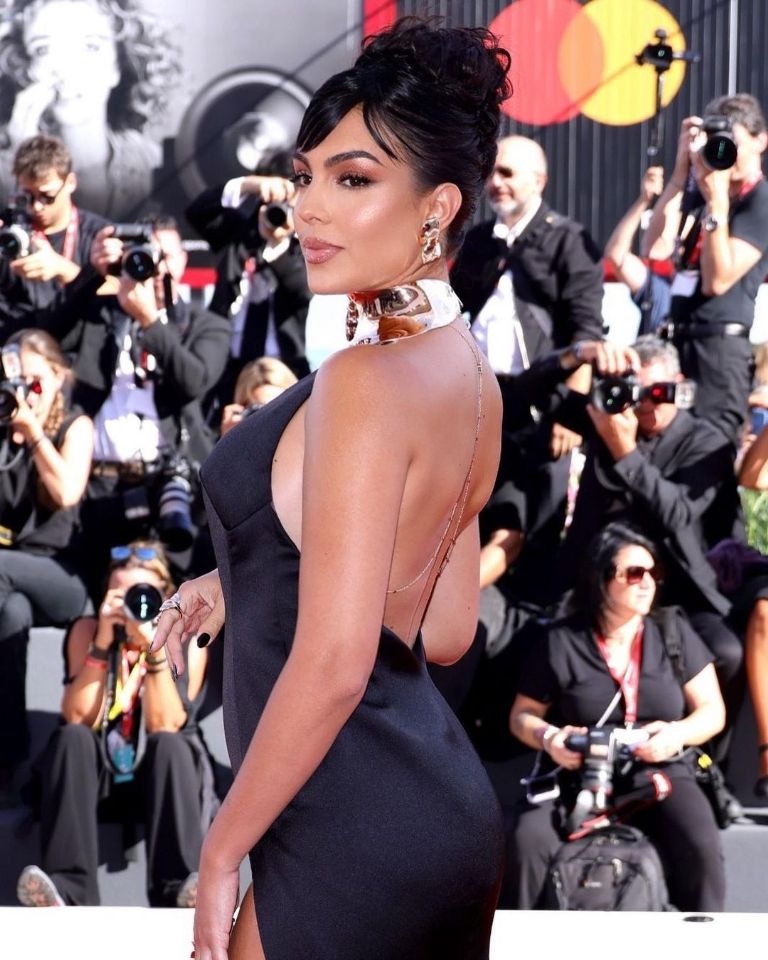 Georgina Rodriguez He has already told about it in his Netflix documentary “I am Georgina”; and it is to meet Cristiano Ronaldo “It changed his life.” So she has returned to participate in the 79th Venice Film Festival. “My 4th Red Carpet” she confirmed on her official Instagram account, where she already exceeds 39 million followers.

“I arrived” she wrote in Italian a few days ago as she was seen getting off her private jet wearing a printed pencil skirt, a black blouse and sandals. The first day, Georgina She wore her traditional ponytail and a white tailoring suit. But in her latest appearance, the model has really surprised.

On this occasion, Georgina He attended the premiere of the film Tar, a psychological drama written and directed by Todd Field and starring Cate Blanchett, with whom he has shared a red carpet. Her original look, made up of an atypical two-piece outfit, is a tribute to Audrey Hepburn’s emblematic hairstyle in Breakfast at Tiffany’s.

Georgina She wore the iconic hairstyle worn by Audrey Hepburn in her role as Holly Golightly, a classic in film history. The businesswoman changed the high ponytail for an elaborate updo that includes a high bun with side bangs. As for the outfit, she wore a black satin dress with a closed neck with a wide side opening and an open back, the same color that Audrey wore in the famous movie.

The publication of the couple Cristiano Ronaldo has quickly surpassed half a million likes and 2,700 comments. “Bellezon” wrote Águeda López, the wife of singer Luis Fonsi. “Bella” commented Australian model Sarah Kohan “This is crazy!” It was the little message from Marta Díaz.