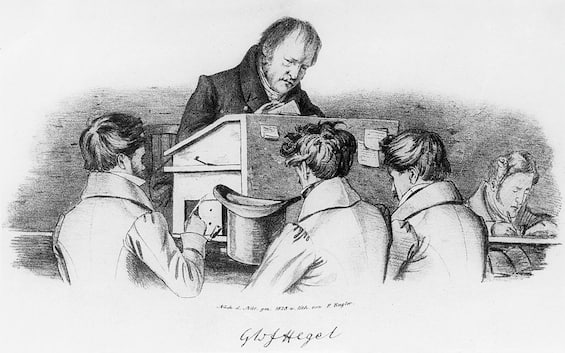 The German press labeled it the “philosophical discovery of the century”. Five archival boxes with folders and handwritten documents, found in the diocesan library of the Archbishopric of Munich and Freising. After almost 200 years, a treasure of over 4,000 pages of notes from the lectures and conferences of the German philosopher Georg Wilhelm Friedrich Hegel, considered the most important representative of German idealism, has come to light. Documents that contain extensive reflections on the theme of freedom, religion and art. The announcement was made in a press release from the Archdiocese’s press office.

The discovery was made by Klaus Vieweg, professor of the history of philosophy at the ‘Friedrich Schiller’ University of Jena, biographer and researcher of Hegel. “For almost two centuries – he commented enthusiastically – researchers hadn’t examined these papers closely. I made an exceptional discovery: so surprising and lucky it probably happens only once in a lifetime and is comparable to the discovery of a new score by Mozart”. The manuscripts make it possible to understand Hegel’s philosophizing as a “work in progress”. The transcripts were written by the Catholic writer and politician Friedrich Wilhelm Carove, one of Hegel’s first students at the University of Heidelberg.

The manuscripts would be part of the heritage bequeathed by the theologian Friedrich Windischmann, cathedral chaplain and vicar general of the archdiocese of Munich and Freising from 1846 to 1856. He was the son of the philosophy professor and Bonn doctor Karl Joseph Hieronymus Windischmann, who was in contact with Hegel and had received the transcripts as a gift from Carove. They include almost all parts of Hegel’s encyclopedic architecture, including the long-sought transcript of an aesthetics conference held in Heidelberg, of which no other evidence exists as yet.