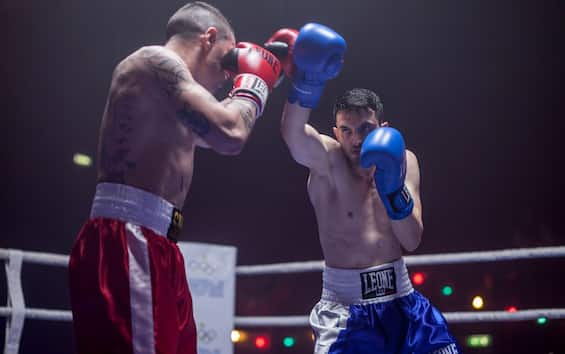 It arrives on the first TV on Sunday 26 June Icefilm that sees the directorial debut of the singer-songwriter Fabrizio Moro, who wrote and directed it together with Alessio De Leonardis, broadcast at 9.15 pm on Sky Cinema Due and Sky Cinema 4K, streaming on NOW and available on demand also in quality 4K.

A La Casa Rossa production with Tenderstories, in collaboration with Vision Distribution, SKY, RTI and in association with the Telematic University San Raffaele Rome, the film stars Giacomo Ferrara and Vinicio Marchioni and tells the life of a boxer who lives in Rome in an imaginary suburban neighborhood.

1999, Rome. Giorgio (Giacomo Ferrara), a young promise of boxing, lives with his mother in the run-down outskirts of the city. The father, murdered years earlier, bequeathed to his son a debt to the underworld that does not allow him to be a free man. With the help of Massimo (Vinicio Marchioni), who has a background in boxing and sees in the boy the great champion that he did not manage to become, Giorgio finally has the opportunity to redeem himself, entering the world of professional boxing. But the suburban underworld never leaves a chance to those who do not bow to his rules.