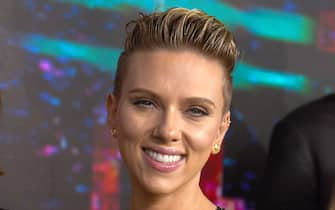 The protagonist of the film Ghost in the Shell is Scarlett Johansson, as Major Mira Killian. Cyborg head of Public Security section 9, leads a government anti-terrorism organization (but manipulated by Hanka Robotics)

Takeshi Kitano, one of the most important living oriental directors (Golden Lion in Venice in 1997), is Daisuke Aramaki

WATCH THE VIDEO: Scarlett Johansson, 8 curiosities about her

Pilou Asbæk from Denmark is Batou

The best photos of Pilou Asbæk

Michael Pitt is Hideo Kuze, the criminal that Public Security Section 9 must catch

Ghost in The Shell: The Italian Trailer

Juliette Binoche is Dr. Ouelet: she was the one who saved Major Mira Killian, and turned her into a cyber soldier following a terrible accident

Chin Han, who became famous for Masters of the Seais Togusa

Scarlett Johansson shines at the premiere of “Ghost in the shell”. PHOTO

Ghost in the Shell: the first featurette with Il Maggiore

Michael Wincott, known antagonist in films such as Robin Hood – Prince of Thieves And Alien – Cloning, is Dr. Osmund