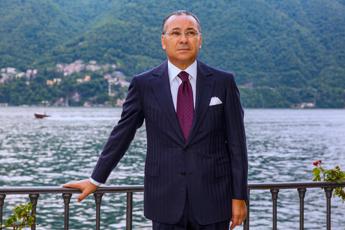 “What we see happening every day in terms of irregular immigration in the Mediterranean region causes fear and disturbance both in the country of origin and in the country of arrival, with numerous negative repercussions that affect many social, political and security aspects, leading to the emergence of a social imbalance and psychological threat that threatens the two shores of the Mediterranean “. This was stated by Kamel Ghribi, president of the Gk Investment Holding Group and vice president of the San Donato Hospital Group, who urges young Tunisians to “think long and hard” before trying to land illegally on European coasts because the old continent, hit by pandemic and war , is going through a severe economic crisis, it is not “the Promised Land”.


Ghribi, in an article entitled ‘No to death by drowning, no to illegal immigration. Live your dream, but .. ‘, published in Arabic on the Radio Mosaique website, believes that young Tunisians “should not be attracted to illegal border crossing operations, tempted to find a sumptuous life on the other side. of the Mediterranean “, unfortunately also currently aggravated by the” difficulties of life “.

“The Italian people – remarked the Tunisian entrepreneur – were and still are one of the most generous and hospitable people, but the crisis that the whole world is going through” has forced them to control the phenomenon of immigration through legal channels and “choose who it really deserves it to guarantee you and your citizens comfort and safety “.

Ghribi suggests to the young Tunisian to think about his “dignity before traveling irregularly” so as not to run the risk of entering “the field of crime and easy profit, because by doing so you will have condemned yourself and the thousands of innocent families residing there to bankruptcy. , exclusion and marginalization “.