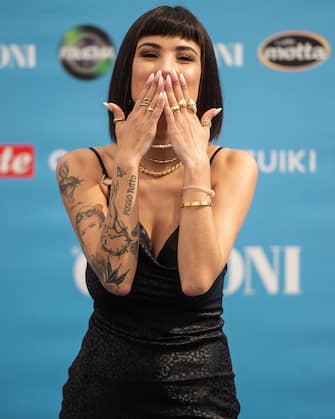 The writer, activist and influencer Giorgia Soleri greets the audience of the Giffoni Film Festival

Giffoni Film Festival 2022, the program and the guests

Giorgia Soleri on the Blue carpet of the Giffoni FIlm Festival

Giorgia Soleri, all her looks

Giulia Salemi on vacation in the Dominican Republic

Caterina Caselli on the Blu Carpet of the Giffoni FIlm Festival

The actress Lunetta Savino, who became popular thanks to the television series A doctor in the family, where she played the role of Cettina Gargiulo in the first 6 seasons.

Giuseppe Abbagnal, former Italian rower, winner of two Olympic titles and seven world rowing titles, standard-bearer for Italy at the 1992 Barcelona Olympic Games. In 2012 he was elected president of the Italian Rowing Federation for the Olympic four-year period and was subsequently confirmed for the next two four-year periods: 2017-2020 and 2021-2024.