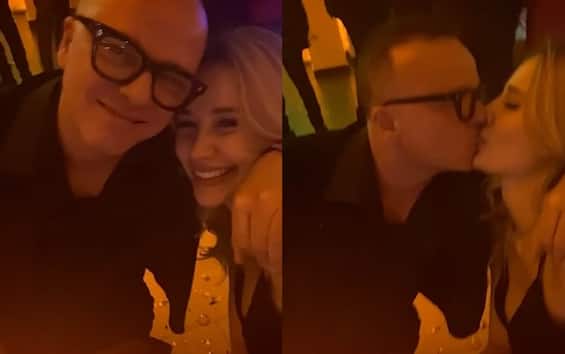 Vacation time also for local VIPs, who decide to go to the beach in the company of their families. Among them there is also Gigi D’Alessiowhich together with the new partner Denise Esposito has chosen to spend the holidays in Sardinia. Worldly destination for baby-size holidays for the Neapolitan singer, who chose the Sardinian island for the first trip to the sea of ​​his little Francesco, born last January. But, as in the most traditional of extended families, Gigi and Denise are not alone with their child, because with them there is also Andrea, the son that the singer had 12 years ago by Anna Tatangelo. The scoop was signed by the weekly Diva e Donna, which for the first time immortalized D’Alessio and her partner together with their little one.

The photos of the little one Francesco D’Alessio they are very rare. From its birth to today, in fact, the parents have shared only three and, with those published by the weekly, it reaches four. Unlike other parents, Gigi D’Alessio and Denise Esposito have decided not to make public the images of their private, preferring a low profile to preserve the privacy of child. The singer himself and his partner are not particularly used to sharing pictures of their profile, leaving the family sphere private. The same choice had made Gigi D’Alessio with the son had by Anna Tatangelo, now on vacation with him. Even in that case the couple had chosen to preserve the image of the child and now that he has grown up the parents seem to want to continue along this line.

The love between Gigi D’Alessio and Denise Esposito

Despite the great Age difference between the two, the love between Gigi D’Alessio and Denise Esposito seems to proceed at full speed. She 30 and he 55, the couple appears more united and solid than ever. Their love story has been going on for some time now and the two lead a quiet life away from the spotlight. They live in Naples with Francesco, while the other children of Gigi D’Alessio, who all have an excellent relationship with their father, live independently or, in Andrea’s case, together with their mother. Very little is known about Denise Esposito, except that she grew up with her family in Naples and that she studied law, completing her studies with an excellent result. Francesco, the baby that Gigi D’Alessio had, made her a mother for the first time. The singer has 4 other children: Andrea, had by Anna Tatangelo who is now 12 years old, Luca, known as LDAformer competitor of Amici di Maria De Filippi, and then Ilaria and Claudio, who has already made him a grandfather.