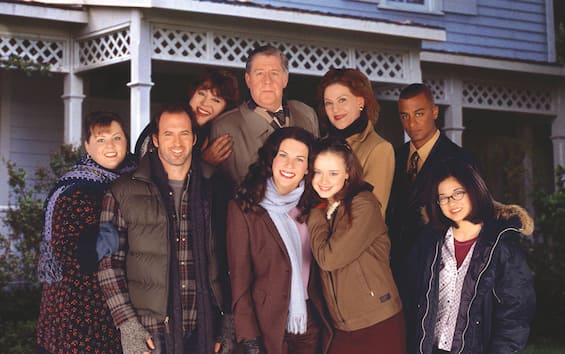 Who doesn’t love a return to Stars Hollow? A few weeks ago, to celebrate 22 years of the series known to us as a mother friend, Melissa McCarthy he had posted some pictures of himself with Lauren Graham (including one at the counter of Luke’s legendary restaurant). The feeling is that the same performers of Gilmore Girls they seem to have a good nostalgia for the show but how much is a next revival possible? Taylor Doose’s interpreter thought of igniting a little hope in the fans Michael Wintersrecalling a moment at the end of the filming of the special that aired in 2016.

Winters told in an interview with Entertainment Tonight that his colleague Lauren Graham had appeared, at the end of the work, very doubtful about the future of the production. Lorelai’s interpreter seemed convinced that that reboot would never have represented the actual end of the project. “I remember when we finished shooting I talked to Lauren [Graham] and I told her, ‘Well, I guess it’s over.’ To which she replied, ‘Well you know, I don’t know. The epilogue is very open. we could easily return.’” Graham was not entirely wrong: the reunion Gilmore Girls: A Year in the Life (released at the end of 2016 on Netflix) left viewers with big questions, the biggest of which certainly still remains today: “Whose baby is Rory expecting?”. An unanswered question that has been worrying fans for six years, eager to end their stay in Stars Hollow without leaving loose ends. It must be said that even Lauren Graham herself has not recently completely ruled out a possible return to the screens of A mum for a friend, dismissing the possibility with a sibylline “never say never”. The actress who gave Lorelei’s face photographed the situation, not hiding her love for the format: “Gilmore Girls it is a very important part of my life, my work and my friendships. This series meant and means so much to me – I don’t know if it’s better to continue or leave it at that, because the public keeps watching the original”. According to Graham, it would be increasingly complicated over time to create stories that rival those told in the various previous seasons. The fear of not living up to one’s myth seems to be holding back for now Gilmore Girls but this is not the only reason that could hinder yet another revival.

A series for friends

Winters himself recalled how in any case a possible closure of the circle is complicated, also due to the commitments of those who worked on the series at the time. The creators of Una mum as a friend Amy Sherman-Palladino And Dan Palladino are currently very busy with their new success The Marvelous Mrs. Maisel and maybe they wouldn’t have time to go back to Stars Hollow. Several actors who were part of the previous Palladino series were also employed in Mrs. Maisel, such as Kelly Bishop (Emily Gilmore) and Milo Ventimiglia (Jess Mariano). We’ll see what comes out of it. In the meantime, we can console ourselves with Sookie’s magical risotto, since this and other recipes related to the series were collected in a book a few months ago. However, it is difficult to think that these dishes, however inviting, can alone appease the “hunger” of fans for new episodes.