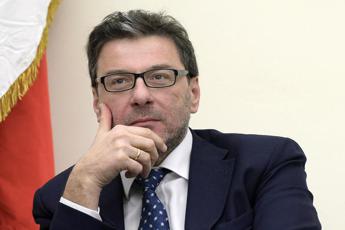 “As Einaudi wrote in 1899: capital is the result of savings”. The Minister of Economy, Giancarlo Giorgetti, speaks at the 98th World Savings Day and mentions Luigi Einaudi several times.


“In the first half of the year, Italian households’ propensity to save remained robust and while decelerating, it still stands at higher levels than in the pre-pandemic period,” says Giorgetti.

“The enormous net wealth of families invested in deposits, securities, shares – underlines the minister – is therefore a fundamental guarantee of our future, no less than energy. As Einaudi wrote in 1899: capital is the result of savings. In other words, the good practice of saving is itself a generator of wealth. This constant growth in precautionary savings is explained by the inevitable prudence induced by the phase of international uncertainty we are going through “.

Therefore, Giorgetti points out, “here is a further warning from the events: we must reward the prudence of Italians not only by looking at consumption, safeguarding its purchasing power, but by pursuing the objective of effective savings protection, which guarantees the sustainability of its loans in the medium-long term. And to do this, a ‘long view’ is needed in order to encourage a more dynamic and conscious approach to savings management, channeling it towards productive and sustainable uses “.

In another passage of his speech Giorgetti underlines that “today in this time of uncertainty, to make the constitutional provision effective, we must encourage savings and also use new tools to support transition processes (such as digital and green) and, at the same time, protect it from the risks associated with inflation “.

In fact, in September, the minister points out, “the latest inflation rate available in the euro area reached 10 per cent, while in Italy, pending consolidated data, in October it was even reaching 12.8%. These are high levels but in line with those of other advanced economies (8.2 per cent in the United States and 10.1 per cent in the United Kingdom). on saving in many ways “.

In the first place, Giorgetti notes, “it reduces its quantum following the increase in expenditure for final consumption and the consequent decrease in household disposable income. Secondly, it erodes its value over time because the purchasing power of sums held in the form of deposits slowly decrease over time. In the absence of Einaudi’s so-called ‘gold clause’ in modern legal systemsin order to avoid these risks and avoid that they have a negative impact on the economic development of the country, it is necessary to adopt policies to rapidly combat the inflation phenomenon, capable of curbing the growth of the increase in prices, but above all such as to avoid that such growth is prolonged “.

In a further passage, the Minister of Economy speaks of Einaudi’s “optimism”. The completion of the reforms already underway, combined with the efforts made to modernize financial markets and enhance financial education in Italy, “will allow the development of solid and efficient markets, capable of allocating resources in a profitable and sustainable way, offering opportunities to savers and businesses – says Giorgetti – But to manage the situations of growing uncertainty of the present it will still be necessary to cultivate a certainty: that of to root our acts in the common sense of Einaudian memory. And for this to happen it is necessary that the financial sector, today represented here at the highest levels, fulfills its mission of helping savers and investors to make informed choices that direct their resources towards optimal objectives, consistent with the healthy growth of the country. aware of the need to ensure budget balance in the medium to long term “.

On the basis of these premises, adds the minister, “it will be possible to do our duty towards savings, obeying the moral forces that it requires to put in place to protect it in so much general uncertainty. And how can we fail to recall Einaudi’s optimism that Guido Carli recalled in 1964always on another savings day. To the pessimism of those who believed that it would take decades to revive the Italian economy, Luigi Einaudi replied that instead it would take years and not too many. The nation’s moral strengths, its industrious and saving capacities went far beyond material capital, and would have accelerated the recovery far beyond all hope. And so it happened “.

Therefore, Giorgetti concludes, “we must all do our duty. Effective wealth depends on the prudence of those who manage with parsimony and common sense with respect to events that have occurred and what else may happen to us. Not imprudence, but the awareness of having acted with prudence and calm will spread confidence and bring new growth “.