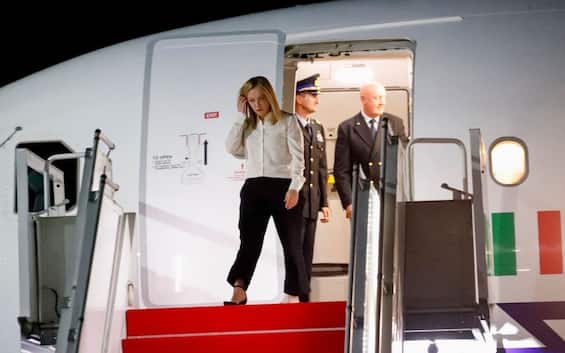 From the president of the United States to the Chinese one Xi Jinping passing through the Indian Prime Minister Narendra Modi. Debut on the stage of international politics for Giorgia Meloni, who arrived in Bali for her first trip to Asia as prime minister (G20, THE LIVEBLOG).

No meeting with Macron scheduled

On Tuesday and Wednesday, the new premier will meet the great of the earth gathered for the G20 in Indonesia. The Prime Minister will have bilateral meetings with world leaders: according to what is leaked, she will see US President Joe Biden, Chinese President Xi Jinping and Indian Prime Minister Narendra Modi. While, at the moment, no meeting with French President Emmanuel Macron is scheduled after the quarrel that broke out with the Paris government on the migrant case. The meeting with the number one of the White House will be held on November 15, on the sidelines of the G20 in Bali. The meeting will discuss cooperation “on shared global challenges” including those posed by China and ongoing efforts to help Ukraine “defend itself from Russian aggression”.

Italy on the international political scene

The summit falls at the end of a series of international events that have placed Italy at the center of the international political scene, also catalyzing national interests on foreign policy issues: from the first trip to Brussels for a face to face with the top EU institutions to the climatic emergencies faced at COP27 in Sharm el-Sheikh at the meeting, again, with the Secretary General of NATO Jens Stoltenberg. An agenda that served to confirm the country’s Euro-Atlantic position and to reiterate its ties with Europe. Now, in Indonesia, the issues will shift to international geopolitics.