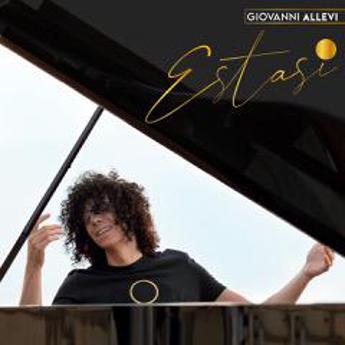 In the lineup the compositions of his new recording project “Estasi”

Maestro Giovanni Allevi returns to his beloved piano and starts touring again with the compositions of his new recording project “Estasi”. The tour will be the unmissable opportunity for an exciting journey of the soul, through the notes of the piano to touch live the most sublime of the states of consciousness of the human condition. The departure of “Ecstasy Piano Solo Tour” coincides precisely with the beginning of the new year: on 1 January 2022 the new European tour will kick off from Rome with an evocative New Year’s concert in the S. Cecilia hall of the Parco della Musica Auditorium (presales open on ticketone and in all usual points of sale).

The engaging notes of the new record work of the philosopher composer will be an opportunity for the public to get closer to the wonderful experience of ecstasy. In the hall the spectator will be able to travel among the luminous suggestions of “Kiss me again”, the explosive rhythm of “Prog me”, the whispered prayer of “My Angel”, the earthly torment of “Lucifer” and some of the songs that over the years they have made Maestro Allevi one of the most popular artists in the world, from “Aria” to “As you really are” to “Back to Life”.

In the lineup there will be moments of important reflection such as that on the fate of the Earth, through the notes of “Our Future” – a song premiered by Earth Day European Network (of which Allevi is Ambassador) in Glasgow on the occasion of Cop26.

A pulsating and at the same time enchanted concert, which will guide the viewer on a unique sonic journey.

And, awaiting the start of the tour, for the most demanding audiophiles and the most passionate fans, on December 3rd the album “Estasi” will also be released in a 180 gr vinyl version, in two colors: black and in a white version which will be in circulation. numbered limited edition.

The presales for “Ecstasy Piano Solo TOUR” are already open on Ticketone for the first confirmed dates of a dense and constantly updated calendar (all dates on the official website www.giovanniallevi.com):