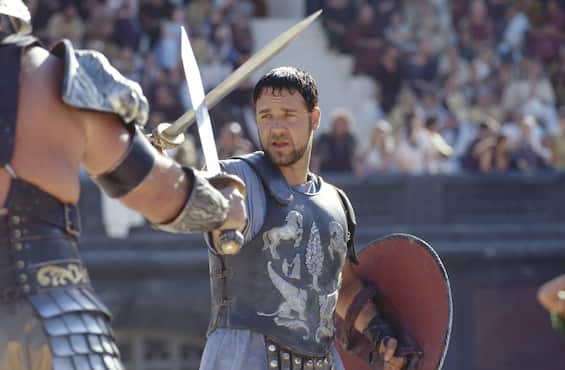 After almost 23 years the crime of spoilers has now expired and it is legitimate to remember that, in the final de Gladiator, the protagonist Massimo Decimo Meridio dies. It would therefore have been rather daring to think of reviewing the character played by Russell Crowe in the next sequel to the film, although more than one fan has long hoped for the same. The rumors have repeatedly hinted at some complicated multiverse or a possible link with the Underworld that would allow the return of the valiant warrior. However, none of this is on the cards and in the long-awaited sequel to the classic by Ridley Scott we will have to do without the hero of the first film. A harsh truth that was finally confirmed by Crowe himself.

The actor has clarified that he will not be part of the cast of Gladiator 2 during his participation in the Australian radio show Fitzy & Wippa. On this occasion, however, he confessed that he had talked about the film in the making with director Ridley Scott, however giving some previews of what awaits us: “We had dinner together and talked about it. So I know more or less how the story will be – the actor let it be known that thanks to Massimo Decimo Meriggio he even brought home an Oscar – But if you remember there was a little boy who wanted to defeat the gladiator, which led to my speech ‘My name is…’. Now that little boy has grown up and become emperor. I don’t know what else happens at that point, but that’s the idea. So it’s not a remake and it’s not a direct sequel. It’s not set the day after, it’s thirty years later or something like that.” The new story will focus on Lucio, Lucilla’s secret son (Connie Nielsen) and Maximus. Of this new hero we know that he grew up adoring the parent who gave his life for him and whose deeds he is eager to replicate. Lucio will have the face of Paul Mescalactor seen in the series Normal People and recently in films such as Aftersun and The Dark Daughter. Another big absentee announced should be instead Joaquin Phoenix, who thanks to the role of the antagonist Commodus brought home the first Oscar nomination of his career. At the basis of the choice also in this case there would be no misunderstandings with Ridley Scott, who will actually direct the actor in the next Napoleonrather than the fact that no one planned any resurrections in this sequel.

No resurrections and no time travel (thankfully)

The script of David Scarpa it has a decidedly more realistic structure than other scripts that had been talked about in the past. Russell Crowe himself mentioned a couple of years ago, in an interview with ScreenRantto a possible script he had discussed with the producer Doug Wick and which implied a great return to the scene of Massimo Decimo Meridio. However, the idea already at the time seemed to convince the Australian star little: “I haven’t spoken to Doug for a long time. The last time she told me that she had had this great idea that she saw Massimo taken away from the arena to then be placed, covered in oils and ointments, in this cave to which he had access by moving a large rock. Then the rock opened up and he came out. I told him we didn’t have the rights to that story. But that happened years ago and I still don’t know whether or not he appreciated my sense of humor.” Finally, even more improbable was another screenplay that was rumored on the internet and which according to sources should have been written by the great musician and singer Nick Cave. In this supposed continuation of the story Maximus was resurrected by the Romans, who brought him back to Earth with the intention of making him prevent the spread of Christianity in the empire. However, things soon took another turn and, after the killing of his son, our gladiator found himself crossing the ages to fight in the Crusades and even in Vietnam. A somewhat unlikely synopsis that probably would have given rise to a mess. Maybe the Gladiator 2 won’t bring home five statuettes again and maybe it won’t have a charismatic protagonist on its side equal to the one played by Russell Crowe. But it will certainly be a more credible and dignified work than one that would see Massimo Decimo Meridio “walking through time”, in the footsteps of another Massimo (Boldi).