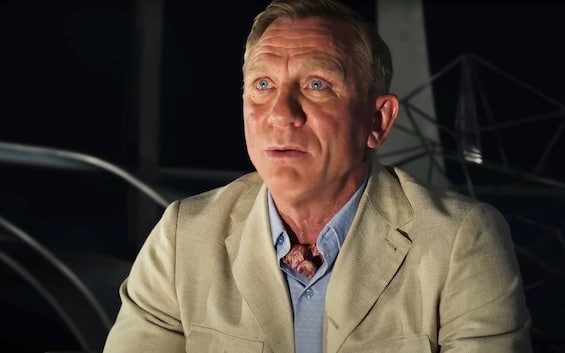 Daniel Craig is the protagonist of the video published by Still Watching Netflix which brought the audience directly to the set of the Netflix film (also visible on Sky Q and via the app on the Now Smart Stick). The video showed the making of glass onion – Knives Outsequel and stand-alone, to the hit directed by rian Johnson.

The US director is back behind the camera for the new chapter (PHOTO) with Benoit Blanc signed by Netflix (also visible on Sky Q and via the app on the Now Smart Stick). Rian Johnson recounted how excited she was to have the opportunity to work again with Daniel Craig, an exceptional person as well as one of the best actors in Hollywood.

The film then showed some backstage sequences of the work that was able to count on an ensemble cast made up of some of the most famous faces in cinema. Dave Bautista, Edward Norton and Janelle Monae they talked about Daniel Craig’s skill in stepping into the shoes of the protagonist, among whose distinctive features is the accent.

Speaking of accent, Kate Hudson, Leslie Odom Jr, Madelyn Cline and Jessica Henwick they measured themselves with the typical way of speaking of the protagonist.

The actors, divided into pairs, tried to reproduce Benoit Blanc’s accent between laughter and excellent imitations, as shown by the video shared by the account Still Watching Netflix.