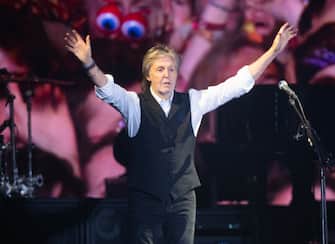 A great night of live music in Glastonbury, with Paul McCartney, fresh 80 years old, returning to perform on the Pyramid Stage for the first time since 2004

WATCH THE VIDEO: Congratulations Paul McCartney, the 80th anniversary of the baronet

Paul McCartney turns 80, the 5 most beautiful songs written by him

His performance coincided with the anniversary of another memorable event: on June 25, 1967, the Beatles performed All You Need is Love in front of around 400 million people from 24 countries, singing the song live from the famous Abbey Road Studios.

On stage with Paul McCartney two other giants of international music: Bruce Springsteen and Dave Grohl. With the first, McCartney played Glory Days And I Wanna Be Your Man. Col second a garage rock version of I Saw Her Standing There

Glastonbury Festival, the line-up of the artists

Paul McCartney on the Glastonbury stage with the Boss

The audience at the Paul McCartney concert in Glastonbury

On stage also touching moments, with the memory of John Lennon entrusted to his images transmitted by the big screen mounted on the Pyramid Stage

The evening of June 25 also saw other great artists perform at the Glastonbury Festival. Among them Noel Gallagher, ex Oasis

On the Pyramid Stage, before Paul McCartney, Haim also performed