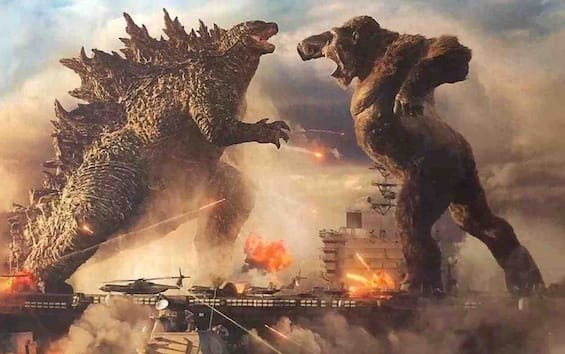 The filming of “Godzilla vs Kong” has begun in Australia, the second act of the film saga that will be released in cinemas in March 2024.

A new video just released on the net offers a taste of what will be the great return of Godzilla (or, perhaps, the revenge of King Kong? Remember that the latter was defeated by the first film).

The highly anticipated second chapter will hit theaters thanks to MonsterVerse from Legendary Pictures.
We remember that Godzilla and the Titans is expected as part of AppleTV + ‘s upcoming television series, “MonsterVerse”.
So this “is a good time to be a kaiju fan,” as comic expert – and film and TV adaptations based on them – Evan Valentine notes. ComicBook).

You can watch the video of the just-started filming of “Godzilla vs Kong” at the bottom of this article.

In the first film of what is now about to become a saga, the huge beast protagonist (the primate, so to speak, since there are two huge beasts. King Kong in short) was taken from Skull Island to lead a group of scientists on “Hollow Earth.” The latter is the birthplace of several of the titans who roam the planet Earth within the MonsterVerse.
Unfortunately for Kong, Godzilla is not entirely happy with what he sees as a competition for the crown. Until then, the scepter of power had belonged only to him, so the two most popular beasts in sci-fi history clashed several times during the first film.

At the end of the film, however, Godzilla was the winner. However, it seems that soon we will see the rematch, the one that this sequel will deal with. The question now is whether the ruler of Skull Island will manage to win this second match.

The video appeared on the net

7News Brisbanea famous Australian news network, has exclusively shared a clip of the filming of “Godzilla vs Kong 2” which is taking place these days on the beaches of Australia.

“Hollywood’s love affair with the Gold Coast continues. Filming got off to a spectacular start for the latest installment in the ‘Godzilla vs. Kong ‘, the action that takes place in the heart of the glitter strip, ”he writes 7News Brisbane on Twitter to present the video.

In the video we see several bathers who seem to run frightened by something monstrous (as well as spectacular): Godzilla emerges from the depths of the ocean.

What is known about the film

The plot details of the sequel are few, however the production has confirmed that the director of the original crossover, Adam Wingard, would be back to sit once again in the chair from. director.

He won’t be the only one returning: actor Dan Stevens (FX’s “Legion” and Disney’s “Beauty and the Beast”) will also be stepping back into the lead role.
For now, that’s all there is to know about this highly anticipated new film.

Below you can watch the video of the shooting just started of “Godzilla vs Kong”. The clip – exclusively for 7News Brisbane – was shared by the social media accounts of the journalistic network.