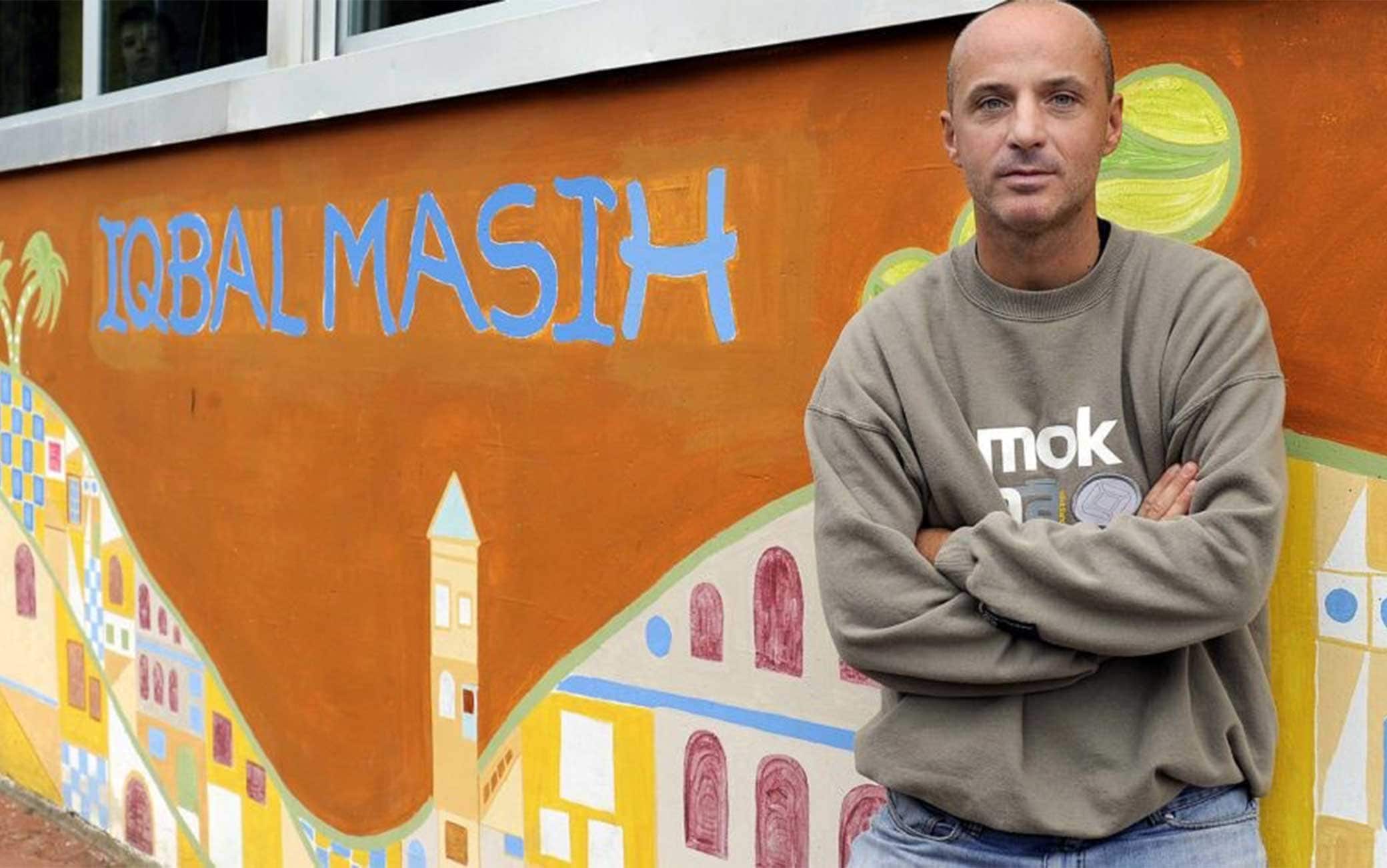 “GOL GOL RAP (Long Live Popular Football)”The new single and video of FRONTAL ATTACKS. The new song is a motivational speech to the new generations, using the football metaphor, and sees the extraordinary participation of the voices of the SMALL CHOIR OF THE ANTONIAN (directed by Sabrina Simoni). The idea of ​​this original collaboration was born on the wave of the commitment that Militant A has been dedicating for a long time to the education of the new generations, through Rap workshops in Italy and abroad, and which over the years has led him to the publication of songs that in some cases have become real anthems of the struggle for the rights of students, as in the case of the “Rap of the constitution” and “Rap of Enea”, or songs of strong environmental denunciation such as “La Canzone dell’Orso Bruno “And” The Lake that Fights “.

The whole history of Assalti Frontali is dotted with rhymes that have become the cornerstone and foundation of the Italian Rap and Hip-Hop movement. From the dawn of Onda Rossa Posse and “Batti il ​​tuo Tempo”, the manifesto-song of a generation, considered the first text in Italian that accepted and won the challenge of bringing rap to Italy, up to the double anthology 1990-2020, Militant A was able to describe like no other the stories of struggle that his own generation, and the following ones, had to fight to obtain respect, dignity, justice. His writing, authentic poetry, has become a model for anyone who has approached the Rap genre in Italy.

After years of rap workshops in the schools of Rome, Italy and the world, Militant A has the right inspiration to write a song, “NG – New Generation” which will be sung at the next Zecchino d’Oro (broadcast on Rai1 next 3-4-5 December); while they were recording the track with the voices of the children only, he decided to ask the most famous choir in Italy to feature directly with Assalti Frontali, on a song he was working on. Thus was born “Gol Gol Rap” (Long live popular football), recorded partly in Rome at Luca D’Aversa’s Albero Recording Studio and partly in Bologna, in the Antoniano studios.

The text comes from a social experience transformed into art, the dream of every artist, of every artist who aspires to be revolutionary. Militant A finds himself playing the “Mister” Assaults in a very young tournament, in the Centocelle Casilino district, with a popular football association called “Liberi di Giocare”. As he himself says: “Before going out on the pitch I charged the boys and mentally organized them to develop game actions, during the match I cheered them on from the sidelines and in the end I tried to manage the emotions. The enthusiasm that was born was enormous. Contagious. Positive. Collective. I understood how much this brought us closer to the meaning of life itself. You can win, you can lose, the important thing is to give your best, not leave your teammates alone, move as a group, pass and catch the ball, run on the wing, fight together to get to the goal, the goal, the result.

In a world that leaves us alone, that destroys playgrounds to make us park, the actions that we can develop on the pitch can be found at school, in the neighborhood, in life. The tournament went great, we reached the final and the final ended in a draw. Then the extra time and penalties. We were ahead in the sequence, it was enough to score to win, but the last two shots went to the crossbar and we lost. The team was desperate, I tried to console them but without success. Back home I wrote the song. The next day in the studio I recorded it thinking I would never release it, I thought I’d give it to my kids and that’s it, but everyone was looking at me laughing and saying: Are you crazy? Publish it! So I proposed it to the Antoniano Choir and here it is ”.

The director Andrea Arena involved the students of his “Filmmaking” course of the CSF Adams School of Photography and was born in Lago della Snia, where Arena was shooting a documentary on the history of the lake. The idea of ​​”Gol Gol Rap” started right on its banks, shot in part in the “Iqbal Masih” school of the “Simonetta Salacone” Institute and in part in the SSD San ​​Lorenzo sports field in via dei Gordiani, thanks to the Popular Association “Free to play”.