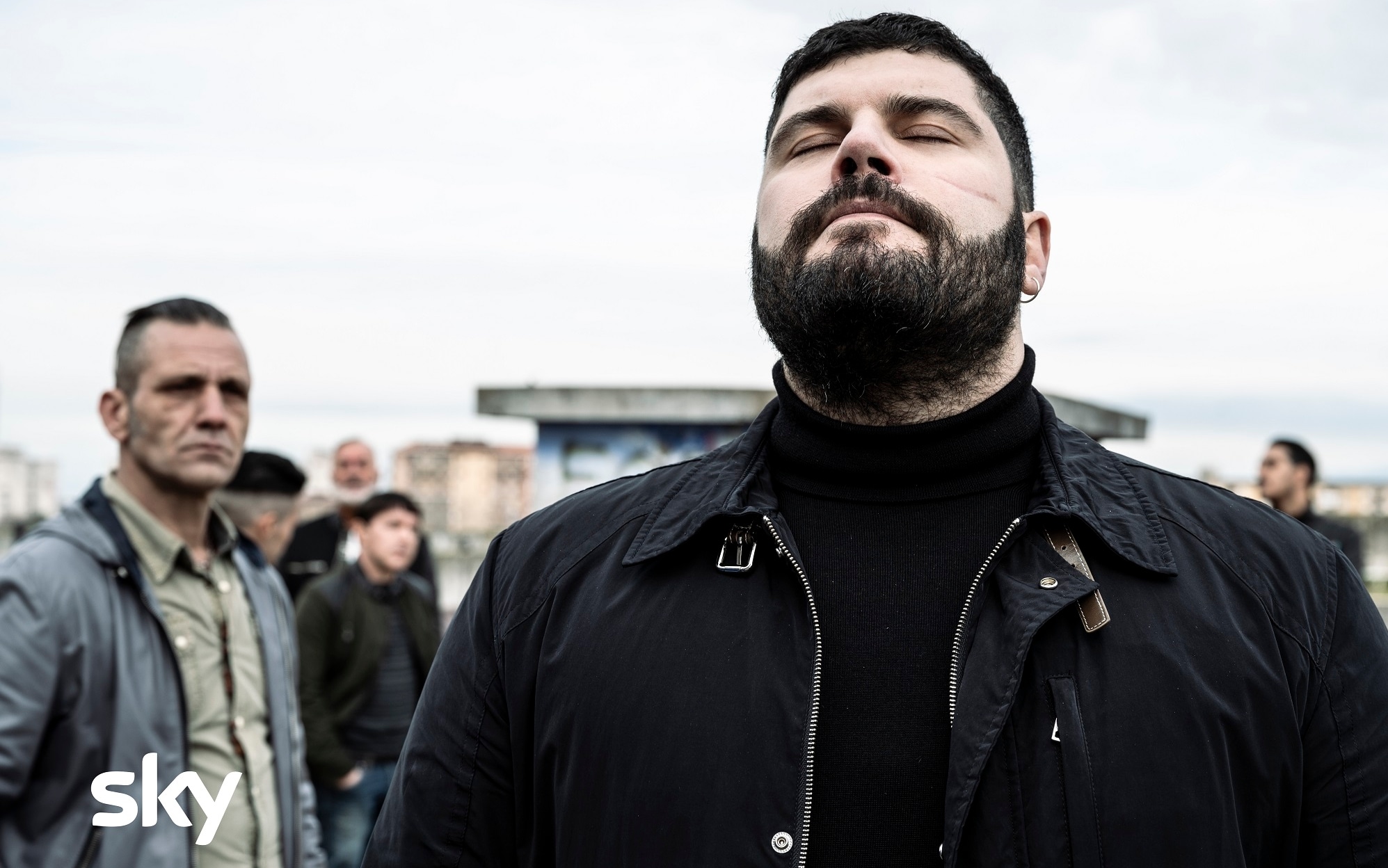 The return of Ciro to Naples triggers unexpected mechanisms. The Immortal is still very much loved by the men who had been close to him and grew up with him, he has the possibility of gathering an army and has been doing so from the beginning. Among Ciro’s loyalists there is also Enzo Sangue Blu, who by now has closed himself up in himself and in a hiding place in Forcella. Not even Gennaro’s return seems to worry him, and when two of his most trusted men inform him, he seems almost relieved that he could be killed. Gennaro also continues to recruit new soldiers for his army, welcoming the discontented of the Levante management. Saro and Francesco suspect that ‘O Galantommo has betrayed them by selling the cargo intended for them to Gennaro. When he strongly denies that he has gone over to Genny’s side, the Levante brothers tell him he must do everything to get that drug back. With Saro and Francesco gone, ‘O Galantommo remains alone with his wife, Nunzia, who tries to convince her husband to give up a little pride for a more rational and realistic attitude.

Gomorrah – Final season, plot and review of the third episode

Discontent with the Levante in North Naples continues to grow and O Munaciello struggles to keep everyone together. Trying to turn your back on the Levant, however, has its cost. ‘O cchiù bell’ is killed by a hitman sent by ‘O Galantommo, a message for all the discontented who thought they were going to go with Gennaro. The latter, however, goes to the kennel where he meets the brother of ‘O Munaciello. The message is very clear: Dogs are loyal and intelligent, but are they more loyal or more intelligent? Enzo is still wrapped in his despair and self-pity when he receives a visit from Ciro. Initially he does not understand the allusive message of the emissary sent by the Immortal, who tells him “you are the one who died on that boat”, and thinks that it is Gennaro who wants to meet him. When he realizes that it is the friend whose disappearance he still mourns, he decides to get into the car that will accompany him to the appointment with him. During their meeting, Enzo reaffirms his esteem and his loyalty to Ciro, to whom he says: “I want to be like you”. “Then you must die too”, Ciro replies. And he: “That’s what I want”.

The end of the Levant

The Levantis hold a dinner to celebrate the engagement between ‘O Munaciello and Grazia. Everyone seems happy except the two directly concerned. ‘O Munaciello asks Grazia to accompany him to smoke, the two go away and he proposes to leave the party to be alone. She accepts, but while the two leave the garden with the car, they see a trawl for the Levante, captained by ‘O Maestrale. Grazia has time to scream before a carnage takes place inside the room: Saro and Francesco are dead, and with them all the relatives sitting at the table. Grazia gets out of the car, ‘O Munaciello explains to her that he did it to protect her, that they had only given him the chance to save her life. He is convinced that he can have a future with her, she tells him that she has no intention of staying with him: “You make me sick”, she says, and these are her last words, because ‘O Munaciello shoots her and kills her.

The death of ‘O Galantommo

Gennaro returns to the consortium headquarters and meets Tiziana, with whom he talks about business, asking to be able to take 10 million from the company’s coffers. Then he goes to the house he intends to buy. Waiting for him as usual are ‘O Maestrale and Donna Luciana, who begins to imagine how to furnish the home. The two, however, are worried that Gennaro is so far away from them, “it’s dangerous”, says’ O Mistral, but Genny has just killed the Levante and feels omnipotent. Only one piece is missing: you have to kill ‘O Galantommo, who is riddled with machine gun shots while driving through the streets of his town on the slopes of Vesuvius. Taken to Gennaro’s new home, Azzurra finds a gift of car keys and a cube-shaped keychain with the initials of the three of them on it.

A new square for ‘O Munaciello

Meanwhile, Enzo is ready to get back on track, he gathers his people to see with their own eyes that Ciro is still alive. The group reunites, ready for war. Gennaro, on the other hand, got rid of his opponents, has all his families with him and returns to control Secondigliano. ‘O Munaciello is rewarded for betrayal to the Levant with the square of’ O cchiù bell ‘. Genny meets a group of entrepreneurs from Campania to whom he offers a million each in exchange for a share of their companies, in order to be able to launder the money. The businessmen get up from their chairs, each pick up their bag and leave the meeting. Genny returns home and finds the presents he had given to his wife still on the table. Meanwhile, Nunzia mourns her husband’s death but contemplates taking revenge on Gennaro’s family. When Azzurra goes to fetch Pietro from the pool, she doesn’t find him, she begins to call him desperate, but the boy is waiting for her there, behind a glass, holding the gift pack offered by his father. Ciro arrives in Secondigliano with Enzo and kills two of the bosses reunited under the control of the Gennaro. It is the declaration of war on the friend of yesteryear, who arrives on the spot to see the two bodies hanged at both ends of an inscription on a wall: “The Immortal is turnat”.

The level of tension rises in Gomorrah, where all tensions are now ready to erupt. In the episode in which Gennaro seems to fully regain control of Secondigliano, finally managing to get rid of the Levant and the man most loyal to them, ‘O Galantommo, reuniting all the Camorra families under his dominion, Ciro arrives in the city and reunites around him what he calls a family. Here is the biggest difference between the two, in the methods of managing power: Genny now prefers violence, threats, blackmail. Ciro continues to surround himself with people who have always and forever been loyal to him, who know they will never betray him, and he explains it with a sentence that he says to his followers: “How many surdates does Gennaro keep, but he does not keep cumpagn, this is a strength nuost “.

Episode 4 of Gomorrah – Final season has a high rate of drama, with shootings, attacks, settling of scores, murders. One in particular is striking for its brutality and because it completely reverses the perspective on one of the new characters. ‘O Munaciello, who had appeared meek and kind, especially with Grazia, in the third episode, reveals himself to be a beast just like the others, ready to betray and sell his new family for opportunism, even capable of killing Grazia for her refusal , after appearing genuinely concerned with his real will. ‘O Galantommo also leaves the scene, two episodes were enough to leave its mark as a character, and his death is almost a rite of passage between the past and the present, between the Camorra of the past, in some way still linked to values, however perverse, and that of today, in which only power and money are in command.

Azzurra and Ciro, the two thorns in Genny’s side

Against this direction they seem to be rowing in two for now: Azzurra, who still does not yield to Gennaro’s attempts at reconciliation, who continues to dream of a different life for little Pietro; and Ciro, who offers the most intense and significant moments and dialogues of the episode. The first is what happens in the new meeting with Enzo: “My place in hell was not yet ready”, begins Ciro, who then asks his friend if he is alive or dead and what he wants to be: “I want to be like you ”, says Enzo. “And then you too must die”, Ciro replies. And Enzo, who seemed to be really dead, returns to live reanimated only by the desire to be able to give that life to the man who inspired him. All while Genny now seems sure of himself, ready to manipulate local entrepreneurs, convinced that he is back the king of Secondigliano. Except discovering, then, that he still has to fight the most difficult of wars, the one with his brother betrayed and abandoned in a gulag. “The Immortal is turnat”, Genny reads on a wall on which two of Secondigliano’s bosses hang. And his face returns to show all the fear, anguish, panic that we had seen painted in the first two episodes. Genny will also be the king of Secondigliano again, but he no longer has friends to trust and seems to have lost the only people he really loved: Ciro, Azzurra and Pietro.