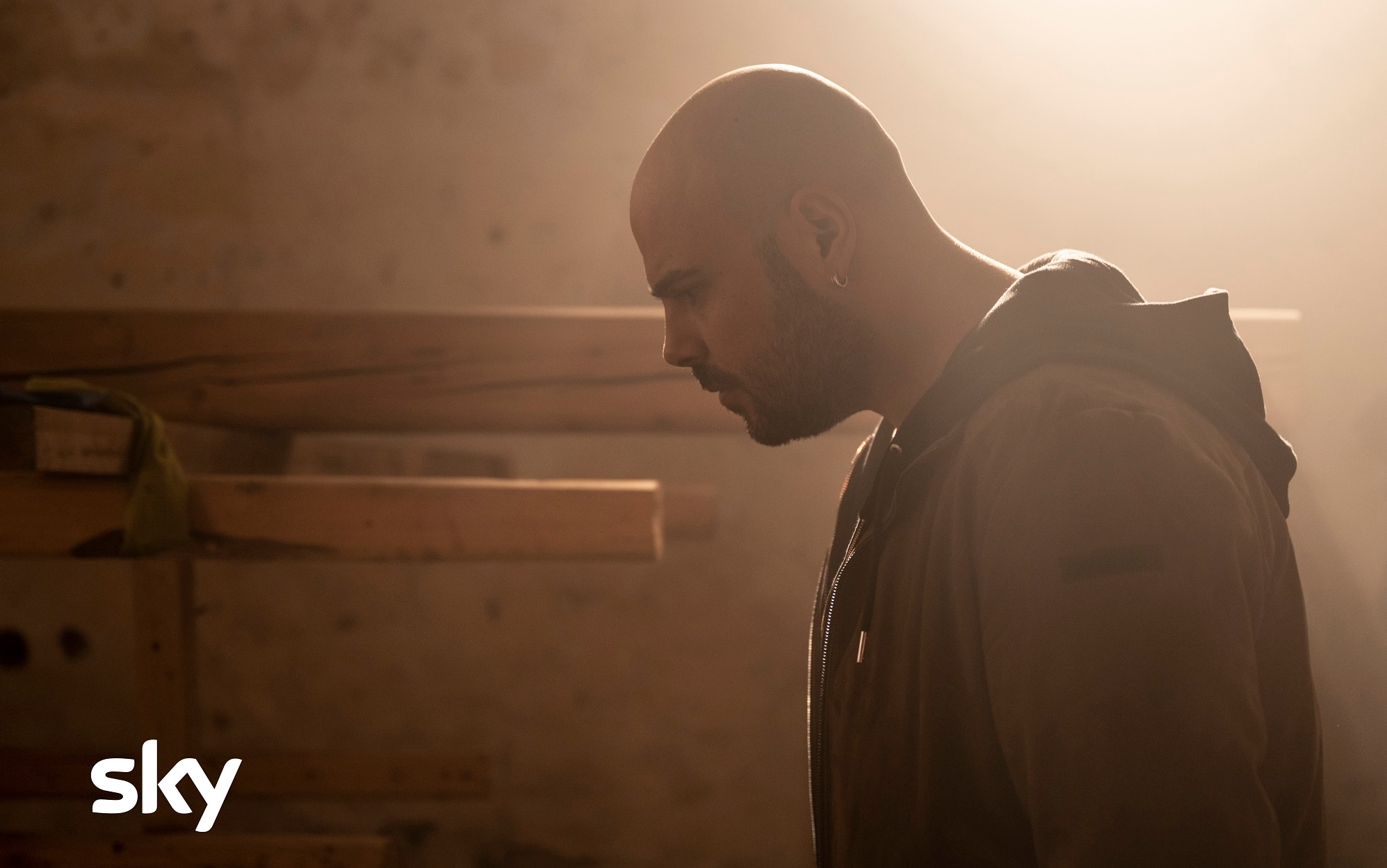 After the attack on Azzurra, Gennaro and his men burst into the Garignano family tomb, tearing apart the tombstones and coffins of ‘O Galantommo and his relatives. The next morning, Nunzia goes to the cemetery to see with her own eyes what happened, finding herself in front of her husband’s body inside the broken coffin. Meanwhile, Genny and his team plan a new attack on Ciro after the failure of the first. According to Genny and ‘O Munaciello, there is only one place where the Immortal can hide, Forcella, Enzo’s ward, the one in which Genny has no contact. But Genny has the money and plans to buy someone so that he can betray Ciro. Still in shock from the shooting that she and Pietro miraculously escaped, Azzurra asks Genny for updates. The latter tells her that Nunzia is no longer a problem, even if he hasn’t killed her, while Ciro is still around. Azzurra remains worried and Genny tells her that everything that happened happened because she didn’t listen to him.

‘O Munaciello arrives in Forcella with a bag full of money. Buy information about Ciro and Enzo. As expected it encounters some resistance but also the willingness to come to terms on the part of MMA, which has lost its place and wants to take it back. However, no one seems to know anything about Enzo and Ciro in the whole district. Also approached to betray Enzo and Ciro, ‘O Cantonese immediately goes to their refuge to inform them of what is happening. Ciro wants to leave Forcella and to do so he intends to meet one of his contacts. But Enzo refuses and offers to go to him, risking his life for his leader.

The meeting between Donna Luciana and Azzurra

Gennaro decides to put Donna Luciana next to Azzurra, to keep her company and make sure she is no longer alone. ‘O Maestrale’s wife struggles to gain the trust and sympathy of Azzurra, who rightly sees her as her husband’s emissary. ‘O Munaciello goes to an apartment in Forcella where he has been notified of the presence of Ciro and Enzo, but finds it empty. Meanwhile, Ciro and Enzo receive a visit from ‘O Cantonese. ‘O Maestrale fears of being overtaken by’ O Munaciello in the hierarchies of Genny’s men, but Donna Luciana tells him that they have been entrusted with the most important task, that of supervising Azzurra, while ‘O Munaciello has been entrusted with a mission that so far it has resulted in a hole in the water.

The failed ambush of Ciro and Enzo

MMA bursts into Ciro and Enzo’s hiding place, finds O Cantonese and Pitbull there, to whom he orders to show him where the two are. Ciro and the others go out from behind a door and fire. In the MMA shooting and his men have the worst, Enzo, Ciro and the others flee, abandoning the hiding place and staging another shooting in the streets of Forcella in which ‘O Munaciello’s brother is wounded. The day after at the Vele di Scampia, Genny has a bitter confrontation with ‘O Munaciello to whom he orders to find all of Ciro’s allies in Naples, he wants to know who they are and how many they are.

Ciro and Nunzia, a new alliance

Enzo and Ciro arrive at Nunzia’s villa, to which they propose an alliance in the war against Gennaro. The negotiations are complex, Nunzia wonders what Ciro can give her in return, Ciro replies that he has the only thing that can get her to Genny: he knows him better than everyone else, and the knowledge of the enemy is the most important thing. Ciro and the Taliban group attempt an attack on Ivan, Genny’s broker and informant, to steal the cargo destined for Gennaro. The latter is at home when Azzurra and Pietro return from a walk with Donna Luciana. He is furious and wants to prevent his wife from seeing Donna Luciana again, but she imposes her will and shows her impatience with a life as a recluse at home. And since Pietro can’t go to the playground, Donna Luciana has him build one in the backyard.

Weapons for the army of the Immortal

When Genny and his team go to the delivery of the cargo, they find the box empty. Meanwhile Nunzia talks to Ivan, taken prisoner, and accuses him of the betrayal to ‘O Galantommo, then has him killed. Ciro and Nunzia are now allies. And the Immortal asks for weapons for his people, in order to fight and win the war against Genny. The base is a dilapidated building, the only place Ciro was homesick for.

In Gomorrah there is no peace even for the dead. And it is no coincidence that the sixth episode of the final season of the Sky Original series (READ EVERYTHING YOU NEED TO KNOW) opens with Genny and his men in the act of violating the tomb of the Garignano family, extreme revenge for the failed attempt by Nunzia on the lives of Azzurra and Pietro. In addition to the dead, however, we must deal with the Immortal and Genny knows only one way to do so: using the money to buy information from those who, in Forcella, had once been loyal to Enzo and his Taliban. If Genny has economic power on his side, Ciro has men willing to die for him, like Blue Blood. And this risks having a decisive weight in the fate of the war between the two.

A new chemistry between Ivana Lotito and Tania Garribba

The meeting between Azzurra and Donna Luciana, on the other hand, seems to be able to bring interesting new dynamics to the series, in addition to those already consolidated between Ciro and Genny. The chemistry between the two Ivana Lotito and Tania Garribba works immediately, their relationship, which grows and evolves already during the episode, passing from a cold mistrust to an increasingly intimate female solidarity, becomes functional to one of the narrative lines with greater potential than this fifth and final season.

Claudio Cupellini plays with suspense with choices of direction and editing that constantly alternate multiple narrative lines. The expedient is particularly apt in the scene of ‘O Munaciello breaking into what should be Ciro and Enzo’s hiding place. Until the end, we don’t know who will be behind the door, the superimposition of what happens outside the apartment targeted by ‘O Munaciello with what happens inside the apartment where Ciro is holed up, creates expectation and anguish until an epilogue in which we discover that the plan to kill the Immortal has gone awry and that the tip received by ‘O Munaciello had turned out to be false.

The potential of the duo made up of Ciro and Nunzia is also interesting, united by a very personal resentment towards Genny, ready to do anything to defeat the common enemy. And once again Ciro proves himself to be a man of a thousand resources, being able to offer nothing but his experience and his knowledge of Genny in exchange for substantial financial aid from the widow of ‘O Galantommo, to whom he asks to arm his army.

A game of contrasts in the episode finale

The finale of the episode still plays on alternating images, in contrast with each other: yet another defeat of Genny, whose drug load has been stolen; Pietro playing in the amusement park that Donna Luciana had built for him in the courtyard, since he cannot leave the house; Nunzia who accuses Ivan of his betrayal and then has him killed, illuminated by Caravaggesque cuts of light pointed like spotlights inside a dark chapel. The final surprise is not lacking when, in the last scene, the place chosen by Ciro as a base for his army is revealed: it is a large palace, with a huge internal courtyard, but it is in ruins, close to collapse, held up by enormous scaffolding and abandoned. Ciro presents it as “the only place I longed for”, which suggests that it may be the building in which his parents lost their lives during the Irpinia earthquake, or perhaps the orphanage where he grew up. Definitely a central and decisive place in the life and in the construction of the myth of the Immortal.