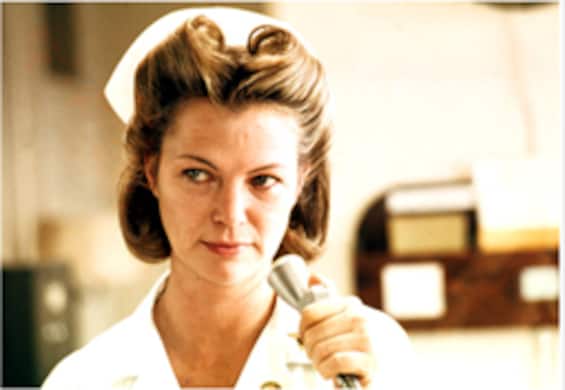 She passed away in France at the age of 88 Louise Fletcherthe American actress who played the ruthless psychiatric hospital nurse in the award-winning film One flew over the cuckoo’s nest 1975. The role of the perfidious Mildred Ratched earned her an Oscar and she delivered a moving acceptance speech in which she thanked the audience “for hating her” and greeted deaf parents in sign language who taught her to “have a dream”. For her role in the famous film with Jack Nicholson directed by Milos Formanthe American Film Institute named her second best female villain character in film history, after the Wicked Witch of the West from the Wizard of Oz played by Margaret Hamilton. In addition to the Oscar, that film earned her the Bafta Award and the Golden Globe.

Originally from Alabama, early on Louise Fletcher she had a hard time working in the cinema because she was almost six feet tall and found roles only in westerns. She was chosen by Forman for his film thanks to the character of a ruthless woman who hands her brother over to the police in Robert Altman’s 1974 “Gang”. She later starred in John’s “The Exorcist II – The Heretic” (1977). Boorman, opposite Peter Falk in “About Murders …” 1978, “The Wizard of Lublin” (1979), “Lucky Star” (1980), “Conjunction of two moons” (1988), “I protagonists “(1992) by Robert Altman,” Reckless thoughts “(1996). Fletcher has also appeared in science fiction and horror films such as “Uncontrollable Paranormal Phenomena” (1984), “Brainstorm – Electronic Generation” (1983), and “Flowers in the Attic” (1987). In the latter part of her career she had devoted herself to TV series such as “Star Trek: Deep Space 9” and “Shameless”.