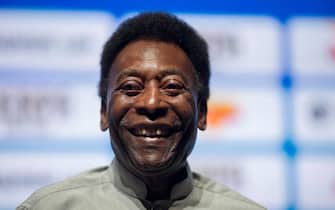 To remember the goals on the field with the Brazilian national team, the Santos and the New York Cosmos, will not only be the thousands of fans of Pelewho died after a long battle with cancer on December 29, 2022 in Sao Paulo. Together with the memory of his deeds with football boots on his feet, the films of the gods will also remain forever films dedicated to him and those in which he took part in the guise of actorfirst of all Escape to victory (1981)

Pelé made his field debut for Santos in 1956, aged just 16, and soon became an icon. Not many know that his first film appearance was already in 1971when he took part in the Brazilian film O Barão Otelo no Barato dos Bilhões, written and directed by Miguel Borgues. In the film, a rarity to find even on the web, Pelé played Doctor Arantes

Who was Pelé: from Santos to the 3 World Cups won with Brazil

Pelé’s best-known foray into the world of cinema is that in Escape to victory (Escape to the Victory, 1981), directed by John Huston. The film, set during the Second World War, revolves around a football match played between a team made up of prisoners of warled by footballer John Colby (Michael Caine), and that of theNazi officer Von Steiner (Max von Sydow). Among the Allied prisoners there is also Pele, in the role of Luis Fernandez

Goodbye Pelé: reactions to the death of the Brazilian legend

It all begins when Von Steiner, a football enthusiast, recognizes Colby, a famous English player, among the prisoners of the camp. Dissatisfied with the performance of the German national team against the British, he thinks so challenge Colby himself on the field. The match is held in Paris, at the time occupied by the Germans, so as to be able to exploit it for propaganda purposes. Prisoners see in it a way to get out of the concentration camp and organize an escape so they never have to go back

Pelé, the conditions that worsen and then the announcement of his death

Colby boys should have escape in the intervalbut the game starts so badly that thefootball pride. So they decide to stay on the field. They will be able not only to win the match, but also to escape as they intended

Dead Pelé, the daughter’s post: “We love you infinitely”

Two years later, in 1983Pele returns to acting in Young Giants (A Minor Miracle), where in the role of a football star he helps the terminally ill priest, who dreams of saving the orphanage where he had been a guest. In 1987 she starred in Hot Shots

In 2006 it came out Once in a Lifetimea documentary that – narrated by Matt Dillon – traces the main stages of the history of the New York Cosmosone of the largest US soccer teams, where Pelé played from 1975 to 1977. O Rei, unlike many other players, did not grant interviews for the production

One of the most recent films dedicated to the life of Pele is Pele: Birth of a Legend2016. Written and directed by brothers Jeff and Michael Zimbalist, it boasts Pele not only as executive producer but also how special appearance. In the photo, Pelé at the premier of the film

To play Pele is the actor Kevin de Paula

In the same year, Pele also took part in I am Bolt, a documentary starring another icon of world sport, the runner Usain Bolt. Along with him, also Serena Williams and Neymar

The last film to delve into Pelé’s life and career was instead Pele: the King of footballdistributed by Netflix in 2021 and directed by Ben Nicholas and David Tryhorn