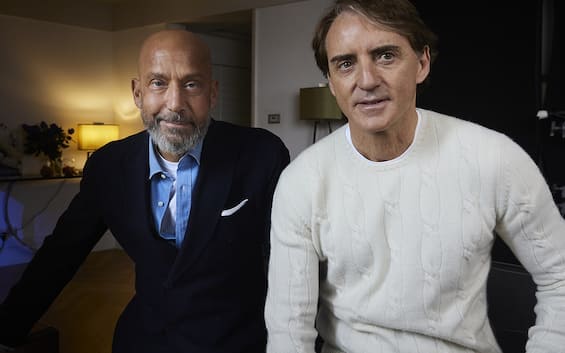 Gianluca Vialli, former striker of the national team, but also of Juventus, Sampdoria, Cremonese, Chelsea died at the age of 58 in London, where he lived and where he had been hospitalized for weeks due to the recurrence of pancreatic cancer that had struck him in 2017. The footballer was one of the main performerspoles of the Summer season, the documentary directed by Marco Ponti which tells the story of Sampdoria’s run to the Scudetto in the 1990/1991 season. The film was presented The film was premiered on 26 November 2022 at the Turin Film Festival and was released in Italian cinemas on the following 28 November

The beautiful seasonthe plot of the movie

Genoa, 1990. A young team, Vialli and Mancini’s Sampdoria, which for some years has also been enthusiastically attending the international stages, embarks on an epic adventure that will change the history of Italian football forever. La BellaStagione is the story of this incredible ride to victory, through the voices of the players and staff members who have experienced these sports seasons on their skin, and those of the journalists who have written and spoken about it. To complete it, a series of unpublished and exclusive archive materials. A journey in which the legendary Sampdoria decided to become not only the strongest, but also the most beautiful, winning an Italian championship and coming close to triumphing in the Champions Cup the following year, stopping only in front of the formidable Barcelona coached by Johan Cruijff.

A story that lasted a lifetime, one in which that magical group of friends never lose sight of each other and support each other in the most difficult moments, until the end, until the magical night at Wembley, the summer of 2021. What is also that of the victory at the European Championships and of the unforgettable hug in tears between the Goal Twins. The narrative frame is represented by the present and past of Vialli and Mancini in the national team: the disappointments of Italy ’90 and the laurels of Euro 2021. Sporting successes and goals, but also feelings, friendship and complicity. That Sampdoria was special because the interpreters were special. That they had a kind of light in their eyes; the light of those who knew they were writing a page of history. Theirs and that of Sampdoria. Regardless of defeats and victories.

The words of the director Marco Ponti

“I met some extraordinary people. Thirty years ago they accomplished a rare feat: taking a small team that had never won and leading them to win the Serie A championship. They were a team branded as spoiled, with promises that would never be jocks who thought more about having fun than playing. They had the “most beautiful shirt in the world” and had it made – unique in this too – in cashmere. And instead they made everyone change their mind, that spring of 1991. The team is Sampdoria and this story naturally takes place in Genoa.Before meeting them I thought that the feat of their life was precisely that – never repeated again – of the Scudetto.

I was wrong. The real feat they did over time. They understood that they were a band of brothers and that their brotherhood didn’t have much to do with wins, losses, draws. Or with goals and saves, to be honest. Their brotherhood is that of people who shared a dream and started building a whole life from there. Together, in good times and in bad times. Forever and For Always. I have met some extraordinary people. Their names are Luca Vialli and Roberto Mancini. And with them, next to them, I saw Gianluca Pagliuca, the goalkeeper. His deputy Giulio Nuciari, a life on the bench. And then: Moreno Mannini, Pietro Vierchowood, son of a Red Army soldier who decided to become Italian. Luca Pellegrini, the captain. Ivano Bonetti and his inexhaustible reserve of jokes. Marco Lanna, the only one from Genoa, so tied to the group that he is now the president of Sampdoria. And again: Giuseppe Dossena, Attilio Lombardo known as Popeye, Fausto Pari, Giovanni Invernizzi and finally the Brazilian of indefinable age: the very nice Toninho Cerezo. I accompanied them in their memories, in their battles, in their dreams fulfilled and their dreams broken. I learned a lot, maybe more than in all the films made before this one. I learned that their mentor, the legendary Vujadin Boškov, was right when he said that “ball goes in when God wants” and “game ends when the referee blows his whistle”: it’s useless to mince words or hide behind excuses and randomness. I learned that a special man like Luca Vialli can face a tough illness managing to give strength and courage to so many people, giving his smiles and his tears with both hands. And finally, I saw them meet again on the pitch last year, on the day of the final of the European Championships: coach Roberto Mancini had called the old gunslingers to his side to re-establish the national team’s management staff. I saw Vialli and Mancini embrace and cry, for joy and for pain, for their good and their bad luck. And I understood that Summer Season is not just a film about the game of football. It is a film about the strength of relationships, which have been put to the test in these calamitous years. It’s a film about what we can be, if only we can find the right group, the right place, the right time. Not to become heroes, that is false and useless rhetoric. But to become, with difficulty, year after year, an example for all those like me who still – as Hemingway said – need a light for the night.”