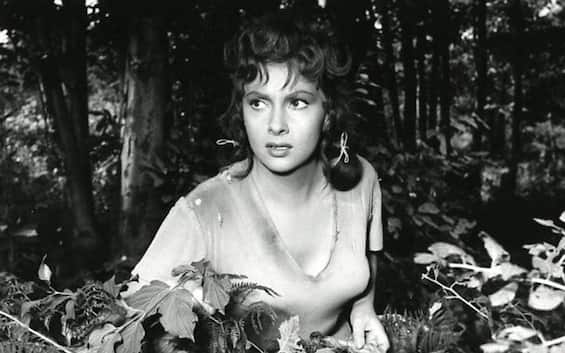 It is said that Marilyn Monroe, not yet at the height of success, when she met Gina Lollobrigida in New York greeted her with these words: “You know they call me the Lollobrigida of America”. No one knows how the Italian diva, who passed away on January 16 at the age of 95, responded to this delightful compliment. What, however, even the most distracted spectators know is that if Luigia (this was her name at her registry office) hadn’t dressed the simple clothes of Maria De Ritis, better known as “Pizzicarella la Bersagliera” in Bread, Love and Fantasy, probably Marilyn would not have addressed Lollobrigida in these terms, nor would Time and Life magazines have dedicated their covers to her, the actress would not have been received at the White House or Buckingham Palace and perhaps the French would not have coined a neologism, or ” lollobrigidienne” to indicate a girl with sculptural shapes. Yet, as often happens in the history of cinema, the genesis of this feature film turned out to be very tortuous and complex.

The title of the film comes from a memory by Luigi Comencini to whom a Neapolitan told the story of a tourist who asked a poor man what he was eating. Since there was nothing in the bread, the man answered Bread and fantasy. Subsequently the screenwriter Ettore Maria Margadonna decided to add the word love. But initially the project was rejected by all manufacturers. The reasoning was that no one had any intention of opening the carabinieri’s weapon. To convince Titanus to produce the film was the participation of Vittorio De Sica in the role of marshal Antonio Carotenuto. The great actor would have made the elderly carabiniere likeable to everyone, as stated by a commander of the weapon who read the script. Thus, the successful idea was born of reuniting the De Sica-Lollobrigida couple, who had already starred in The Trial of Phryne, a sparkling episode taken from the film Altri Tempi directed by Alessandro Blasetti in 1952. However, even the filming was not a walk in health. During the making of the film, the producer Girosi told Comencini “I’m ashamed of the film I’m making”. As if that weren’t enough, Goffredo Lombardo, after viewing the pre-edited film, telephoned the director to strike him with these words: “The film with De Sica is a catastrophe. What saved the film, which risked not being distributed, was a private screening with random people, including friends and colleagues of the director, doormen and assistant editors. As Comencini comments, “The success was such that Lombardo and Girosi began to understand that they had the deal in hand”.

Gina Lollobrigida, barefoot in the myth

Sometimes a couple of frames are enough to make history. And the first appearance of the Bersagliera is one of those who are never forgotten. On the streets of Sagliena, cinematographic transfiguration of Palena, a town in the province of Chieti, place native of the screenwriter Margadona. Lollobrigida appears riding a donkey. Cheeky, barefoot, she greets the sergeant and asks if they want to buy some wood. The carabiniere supervises and questioned by marshal Carotenuto, intrigued and attracted by that girl replies: she has the devil unleashed, her too much misery has put the devil in her body. They call her Pizzicarella, her bersagliera.

Gina Lollobrigida on the wings of fantasy

Thanks to the film, Gina Lollobrigida won the Silver Ribbon for best leading actress. In 1954 the National Board of Review of Motion Pictures listed the film as one of the best foreign films of the year. Silver Bear in Berlin 1954, the feature film was nominated in the Best Story category at the 1954 Oscars. The actress will return to interpret the lively bersagliera also in Pane Amore and Fantasia. It is no coincidence that in an interview with Oggi magazine, dated 1966, the actress confesses that the film has remained in her heart. I made Pane, Amore and Fantasia because De Sica asked me to. The trust I had in him was absolute. We had fun together like crazy. He asked me to walk on a tightrope and I did it. He told me you have to cry, but with a whistle. And I cried with the whistle. He ordered: Get on the donkey, but flying and I was flying up (…) Parts like that of the “Bersagliera”, he no longer offers them, neither to me, nor to my younger colleagues” In short, a film that did not betray the lesson at all neorealist, as some sharp-eyed critics wrote when the work was released at the cinema. Indeed, a free comedy, as lively as its protagonist who is nice to remember as cheerful and irreverent playing with desire and its laws on the back of the “Baro” donkey which, thanks to Lollobrigida’s talent, is transformed into a Pegasus flying over the wings of fantasy.