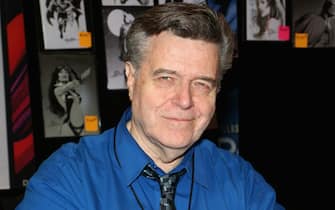 Neal Adamsfamous cartoonist than in the seventies he reinvented Batmanis died Thursday, April 28 in New York due to complications from a sepsis. He was 80 years old. To report the news is the site The Hollywood Reporter

WATCH THE VIDEO: The Batman, Matt Reeves publishes the scene with the Joker

Adams was born in New York City on June 15, 1941 and attended the School of Industrial Art in Manhattan. At the late sixties entered the DC Comicswhere they entrusted him with the character of Deadmanfor which he won an Alley Award for “For New Perspective and Dynamic Vibration” of the designs

Doctor Strange in the Multiverse of Madness: the new Italian teaser

Adams also worked for the Marvelai X-Men and The Avengers. But the masterpiece of his career was the series of Batmanwhen together with the writer Dennis O’Neil revolutionized the hero by featuring the story with dark atmospheres, realism And drawings with a nervous line

Moon Knight, the review of the tv series with Oscar Isaac and Ethan Hawke

Marvel: in what chronological order to watch the MCU movies

Adams also gave new life for “villains” that in the course of history had lost their strength. This is the case with the Jokerwhich Adams modified into less comical and making him assume the features of the homicidal maniac than modern viewers they know and love

The Batman, the cast of the film with Robert Pattinson and Zoe Kravitz. PHOTO

Adams, again with O’Neil, also created the character of green Lanternleading him to address social issues such as drug addictionthe racism and overpopulation and drawing one of the first black icons of the DC

At the height of his career, a mid-seventiesAdams stopped drawing for the two big publishing houses DC and Marvel for launch Continuity Studiosan artists studio that produced comics, commercial graphics, and storyboards

Adams was also a mentor for an entire generation next of artists. Among his “proteges” there are Bill Sienkiewiczwho designed the series of Moon Knight and New Mutants, e Frank Millerwho reinvented Batman with Return of the Dark Knight


Adams also has fought for a long time for the rights of designers and to promote better working conditions. It was he who asked for a compensation so that the work of the creators was recognized even when theirs personages they came fit off the page

“When I sat down at the convention tables with my father I have seen many people treat him with great reverence”Said his son Josh Adams in a statement a The Hollywood Reporter. “Its greatest quality it was being a father. Not just mine, but a father for all those who had known him”