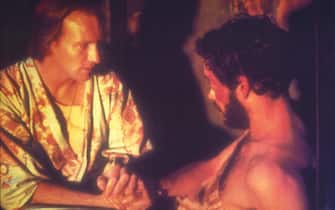 Versatile and chameleonic interpreter, the actor William Hurt And died the March 13, 2022 at 71, a week before his 72nd birthday, “peacefully in the family, for natural causes”, one of his sons announced

Oscar Prize for “Kiss of the Spider Woman” in 1986had been candidate back to the statuette in 1987 for “Children of a lesser god” by Randa Haines, in 1988 for “Inside the news” by James L. Brooks and in 2006 for “A History of violence” by David Cronenberg

Mourning in the cinema, actor William Hurt died: he was 71 years old

He had also been a candidate for the Tony Award in 1985 for “Hurlyburly”, twice at the Emmys in 2009 for the series “Damages” and in 2011 for the TV film “Too Big to Fail – The collapse of the giants”

DGA Awards, Jane Campion wins with “The Power of the Dog”

Born in Washington in 1950, his childhood was marked by divorce of parents, adolescence from premature death of the mother. The turbulent privacy did not stop the actor one dazzling debut with its first interpretation, “States of hallucination” of 1980

Hurt owes immediate confirmation of his success a year later to the director Peter Yates who in “An Inconvenient Witness” transforms him into the night watchman Darryl Deever, drawn into a shady international intrigue for love by Sigourney Weaver

In the same 1981 the young actor meets Lawrence Kasdan who wants him to be the protagonist of the noir “Hot thrill”. Hurt is a young lawyer who seeks the chance of a lifetime more in the beds of wealthy lovers than in courtrooms

On the set actor and director develop an artistic understanding and also authentic friendship so much so that others will make a “steady couple” four timesfrom “The great cold” of 83 to “Sons of a lesser god” (1986), from “Tourist by chance” (1988) to “I will love you until I kill you” (1990)

Meanwhile, Hurt has renewed his success in thriller “Gorky Park” by Michael Apted (1983) and it was crowned with an Oscar Best Actor for “Kiss of the Spider Woman” by Hector Babenco (1985)

In the 90’s William Hurt reaped the fruits of a career built on the sensitivity of authors with a European nature. It is the case of Woody Allen in “Alice” (1990) and Wim Wenders (“Until the end of the world” of ’91), still of Luis Puenzo (“The Plague”) or Chris Menges (“A Loan Father”) through to “Smoke “‘s Wayne Wang of 1995

In 1996 William Hurt is chosen by Franco Zeffirelli for one of his most ambitious international projects: he is the desperate Mr. Rochester of “Jane Eyre” from the novel by Charlotte Bronte

In 2001 Steven Spielberg he calls it “AI – Artificial Intelligence”. Some collaborations will follow such as “History of Violence” by David Cronenberg (2005), “The Good Shepherd” by Robert De Niro (2006), “Into the Wild” by Sean Penn

Between latest interpretations remember: “The Village” by M. Night Shyamalan, “The Incredible Hulk” by Louis Letterier, “The Countess” by Julie Delpy, “Robin Hood” by Ridley Scott, “The Host” by Andrew Niccol

In recent years he begins to take on the role of the character in superhero world in and out of the world Marvel. As Secretary Thaddeus Ross stars in “Captain America: Civil War”, the “Avengers” series and “Black Widow”. Among the most recent roles the military “He was my son” by Todd Robinson in which he shared the set with Peter Fonda

In a few months he would have had to object to the Incredible Hulk in a variant of the cartoon made cinema, but his latest interpretation will remain that of Pere La Chaise in “The King’s Daughter”historical drama starring Pierce Brosnan as the Sun King