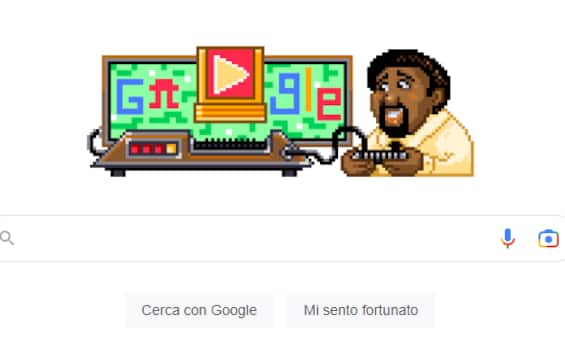 Today’s Google Doodle celebrates the 82nd birthday of Gerald “Jerry” Lawson, an African American electronic engineer, one of the fathers of modern video games. Born in Brooklyn, New York, on December 1, 1940, the engineer headed the team that developed the first home gaming system with interchangeable cartridges, called the Farichild Channel F. The company he worked for as director of engineering and marketing was the namesake Fairchild Semiconductor.
He got into electronics as a kid, fixing televisions in his neighborhood and building his own radio station using recycled parts. He attended Queens College and the City College of New York before starting his career in Palo Alto, California, when the region was becoming known as “Silicon Valley” due to an explosion of innovative new technology companies that were starting up in the area.

From technical consultant to director

Upon his arrival in California, Lawson joined Fairchild Semiconductor as a technical consultant. A few years later he was promoted to director of engineering and marketing in Fairchild’s video game department, where he led the development of the Fairchild Channel F system, the first home video game console featuring interchangeable game cartridges, a digital eight directions and a pause menu.

In 1980 Lawson left Fairchild to start his own company, VideoSoft: one of the first African-American owned game development companies. The company created software for the Atari 2600, which popularized the cartridge developed by Lawson and his team. Though he folded five years later, the engineer made his way as a pioneer in the industry and continued to consult with various engineering and video game companies for the rest of his career.

A pioneer in the world of video games

In 2011, the International Game Developers Association recognized Lawson as an industry pioneer for his contributions to video games. The University of Southern California also created the “Gerald A. Lawson Fund” to support underrepresented students who want to pursue college degrees or graduate degrees in game design or computer science. Lawson died on April 9, 2011, in California, due to complications related to diabetes: he was 71 years old.