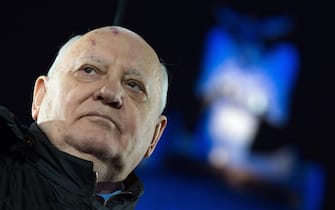 Is dead Mikhail Gorbachev, last leader of the Soviet Union. He was 91 years old. This was announced by the hospital where he was hospitalized, the Central Clinical Hospital in Moscow. “Tonight, after a serious and prolonged illness, Mikhail Sergeyevich Gorbachev died”, reads the statement released by the hospital and reported by the Tax

Gorbachev was the last general secretary of the Communist Party of the Soviet Union and its last president before he officially disbanded. He went down in history for having promoted and initiated the reforms of the Perestroika

Gorbachev was born into a family of farmers on March 2, 1931 in the town of Privol’noe, a rural town in southwestern Russia, in the province of Stavropol ‘. Here, years later, he began his political career as the local secretary of the Communist Party. In the photo: Gorbachev as a child with his grandparents, in 1937

Bush senior and historical meetings, from Gorbachev to the Pope

She studies law in Moscow, where he graduated in 1955 from the Lomonosov University. It is in those years that he meets his future wife, Raisa Maksimovna. It is said that the two first met at a party in the student house. They will be together until her death in 1999

At 39, in 1970, Gorbachev becomes party secretary in Stavropol. He thus officially began his political career, which a year later leads him to join the Central Committee of the Pcus. At the age of 48 he entered the Politburo: and the youngest member ever

In the 1980s he met the British Prime Minister for the first time Margaret Thatcher. The two will always remain linked. In 1985, now at the age of 54, Gorbachev became general secretary of the Communist Party. A year later, at the 27th Congress of the party, he announced the pillars with which he intends to reform not only his political formation but the entire USSR: glasnost (transparency), perestroika (renovation), demokratisatsiya and uskoreniye (acceleration)

These were the years in which attempts were made to pull the USSR out of a economic and political isolation which according to Gorbachev would bring power to collapse forever. He therefore tries to give breath to the production system, to renew the political class, to make information more free. He rehabilitates many political dissidents and increasingly meets world leaders, including Americans: first Reagan and then Bush, with whom he will sign the historic agreements against the proliferation of nuclear weapons. For the western media he becomes “Gorby”

With Gorbachev the Soviet political order changed. It is his idea to bring the presidential system to the USSR, led by a president elected by Congress instead of the party secretary. In 1989 there are the first elections that can be defined as “free”, in 1990 Gorbachev is nominated president

Meanwhile, the world is changing: in 1989 the Berlin wall collapses, the same where today Gorbachev is depicted in a mural kissing Erich Honecker, former head of state of the German Democratic Republic. In 1990 he became the first Soviet leader to fly to the Vatican and to meet a Pope. Then he also went to Beijing: China and the USSR reunited after decades of frost. The same year he wins the Nobel Peace Prize

In August 1991, shortly before the signing of a treaty that was supposed to establish a community of independent Soviet states – still the USSR, but less centralized – Gorbachev is on vacation in Crimea. These are the days of Putsch of Augustan attempted coup d’état set up by some members of the Soviet government who do not like the idea of ​​semi-independent countries

The coup fails but the decline of the USSR has now begun: in December 1991 the leaders of Russia, Belarus and Ukraine declared it dissolved. The Community of Independent States is born. On December 25, 1991, Gorbachev resigned as president of the USSR and declared the same office abolished. One day later the USSR no longer exists