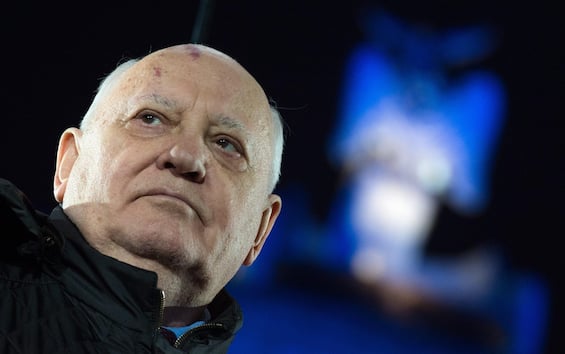 Mikhail Gorbachev will be buried on Saturday 3 September, at the Novodevichy cemetery: this was announced by his daughter, Irina, who was unable to say if a state funeral is planned. The last Soviet leader left at the age of 91 after a long illness at the Central Clinical Hospital in Moscow. The funeral ceremony will take place in the Hall of Columns of the Moscow House of Trade Unions, reserved for illustrious personalities; then there will be burial in the cemetery where his wife Raisa also rests, added the daughter of the ‘perestroika’ father.

“Stop the threat of nuclear war”

The last time he had indirectly made his voice heard was in early March, two weeks after the start of what is called the special military operation in Ukraine in Moscow. To report his words was the Nobel Peace Prize winner Dmitry Muratov, who had visited him in the clinic. “He is not well – said Muratov – but he told me that we must do everything possible to stop the threat of a nuclear war” (Perestroika and Glasnost: the meaning of Gorbachev’s two great reforms). There have been many reactions from political leaders around the world. From Boris Johnson, who called him “an example”, to Joe Biden, who described him as a “rare leader”. For the President of the Republic Sergio Mattarella: “The Europeans are in great debt” to him, while for Mario Draghi “his messages as well as those of peace are current in the face of the tragedy of the invasion of Ukraine”.

Council of Europe: “Lost a great statesman and peacemaker”

The Council of Europe also paid tribute to the last leader of the Soviet Union. “Europe has lost a great statesman and peacemaker. By peacefully ending the Cold War, Mikhail Gorbachev has done a tremendous service to humanity as a whole,” said the president of the parliamentary assembly, Tiny Kox, and the general secretary, Marija Pejcinovic Buric, “pay homage with respect and gratitude” to the former Soviet leader. “His policies of glasnost and perestroika facilitated the fall of the Iron Curtain and the peaceful reunification of Germany, bringing freedom and democracy to millions of Europeans. At a critical moment in history, he acted with vision and courage in favor of universal values” , highlighted Kox and Buric. “His vision of peace in a barrier-free Europe is needed today more than ever”, they conclude.

Usa, premature to speak of our correspondent at funerals

Meanwhile, the White House has, for now, nothing to announce regarding the possible sending of an official delegate to Gorbachev’s funeral. This was stated by the spokeswoman for the Biden administration, Karine Jean-Pierre. “I have nothing to announce at this stage on the matter,” she told the press when she was asked if the White House would send its own representative to the funeral, scheduled for Saturday in Moscow.