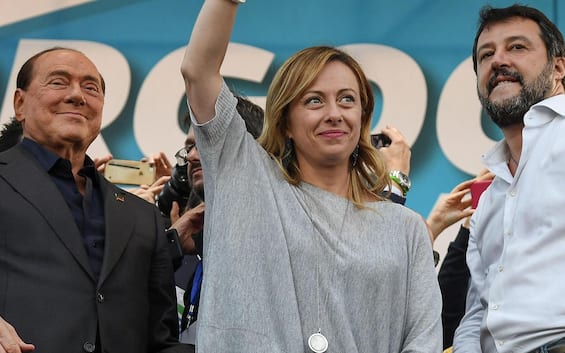 With the regional elections in Lazio and Lombardy approaching, the allied parties of the Brothers of Italy set their limits: the League asks that the reform on differentiated autonomy be carried out by 2023, Forza Italia underlines that no measure must ever penalize the South. And the Azzurri denied their discontent with a note: “No one can question Forza Italia’s loyal and determined support for the government”

With the aftermath of the high-priced petrol affair not yet over, tension remains high within the majority also on the issue of autonomy and in the light of the imminent regional elections in Lazio and Lombardy. The allies of Prime Minister Giorgia Meloni’s party confirm loyalty to the executive, but never miss an opportunity to aim their stakes, worried by the risk that the Brothers of Italy could “cannibalize” them in the polls.

In particular, the duel between Forza Italia and Lega is being played out on the terrain of differentiated autonomy: the Carroccio has once again asked that the reform be approved by 2023, the Azzurri, on the other hand, do not speak of dates, but insist that no measure will ever damage the South. “I am sure that after 30 years of battles – says Matteo Salvini – thanks to a serious and compact center-right in government and the important presence of the League, autonomy will be a reality by 2023”. One way to respond to what the other deputy prime minister, the blue coordinator Antonio Tajani, had said a few hours earlier, namely that no reform can ever “penalize the South”. “Italy – he added – must not be divided. We are working to ensure that it is a balanced reform that benefits both the North and the South, but also the Centre, which is why we will have to work on the powers of Rome Capital”.

Forza Italia’s reply: “No one questions our support for the government”

Clear-cut positions, which together with the discontent over the petrol dossier would have suggested a worsening of dissatisfaction, on the part of the Azzurri and above all of Berlusconi, with the government. Indiscretions promptly denied by Tajani in a note drawn up, according to what we learn, in full harmony with Berlusconi. “No one – clarifies the head of the Farnesina – can question Forza Italia’s loyal and determined support for the centre-right government freely elected by Italian citizens. Berlusconi, founder and political father of the project that has brought an alternative coalition to the left to lead Italy again, has always encouraged the current government. And, like all of us at Forza Italia, he believes it is essential that this executive remain in office for at least the next five years “. Then the reassurance on the need “to transform the commitments made in the electoral campaign with the Italians into reality” and the stance on the fact that “Forza Italia will continue to defend, as it has always done, the shared choices adopted by the government, without ever being less to the liberal, Christian, you guaranteed principles that characterize it”.

A note that consolidates Forza Italia with the aim of closing a week of misunderstandings and suspicions that even the ministers are quick to deny. “I am witnessing a climate in the Council of Ministers of total unanimity of inspiration and sharing of discussions and decisions”, says Interior Minister Piantedosi. “It is the usual division between governors and non-governors, both in Forza Italia and in the League, but it is a normal dialectic”, observes a big majority. But beyond the declarations, the regionals are approaching and nobody wants to lose ground. At stake are the future balances of the center-right in two such delicate territories as Lazio and Lombardy. Maurizio Gasparri, for example, says that “Forza Italia will make the difference both in Lombardy and in Lazio, as in all of Italy in terms of quality and in terms of numbers for the affirmation of the centre-right”.