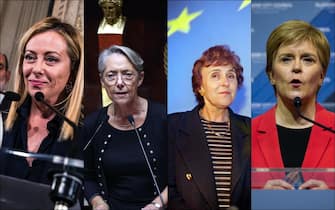 Giorgia Meloni she is the first woman to hold the office of premier in Italy. A role she shares with others around the world. Starting from Èlisabeth Borne in France, which holds a position beyond the Alps that had also been of Edith Cresson, and from Nicola Sturgeon in Scotland, in office since 2014

WATCH THE VIDEO: Giorgia Meloni is the first woman premier, how did she get there?

Until two days ago, Great Britain also had a female premier, Liz Truss, who resigned after 45 days of government. She had been chosen to succeed Boris Johnson and to fill a role she had previously also been a Margaret Thatcher (from 1979 to 1990) and by Theresa May (2016-2017)

Staying in Europe, an expression of female leadership is Ana Brnabićsince 2017 first minister of Serbia and second homosexual woman premier after Icelandic Jóhanna Sigurðardóttir (2009-2013). She was part of the latter’s government, as Minister of Education and Culture, the current Prime Minister of Iceland Katrín Jakobsdóttir (in office since 2017)

Meloni is the first female premier in Italy

In Estonia, since January 2021 she has held the position of Prime Minister Kaja Kallas, leader of the Reform Party and former MEP. A woman premier also in Lithuania, where the economist Ingrida Šimonytė has been leading the government since December 2020

Who is Kaja Kallas

Denmark also has a woman as premier, Puts Frederiksenthe youngest minister of state in Danish history, the same age as Giorgia Meloni and in office since 2019. Sanna Marin to be the youngest government leader in the world, having taken office at 34 in 2019

Sanna Marin, career and private life of the Finnish premier

Before her, the ‘primacy’ belonged to the New Zealander Jacinda Ardern, who was sworn in in October 2017 at the age of 37. She is the second woman in the world to have given birth while she headed her government after the Pakistani Benazir Bhuttogiving birth to her daughter on June 21, 2018

The first woman in the world to hold the post of prime minister was Sirimavo Bandaranaikeelected premier of Ceylon and Sri Lanka in 1960. Also in Asia, since 2009 she has been the premier of Bangladesh Sheikh Hasinawho had already held the position from 1996 to 2001

Overseas, the leader of the Labor Party My Amor Mottley since 2008 she is the first woman to hold the post of premier of Barbados. In Africa Saara Kuugongelwa-Amadhila is the fourth and current prime minister of Namibia, in office since March 2015. Togo has also chosen a woman as premier, Victoire Tomegah Dogbè, in office since 28 September 2020 and with a long experience at the United Nations

The Economist Rose Christiane Raponda instead, she has been the first minister of Gabon since 16 July 2020 and the first woman to fill this role in the country after having been Minister of Defense

Gabon, history and political situation of the country