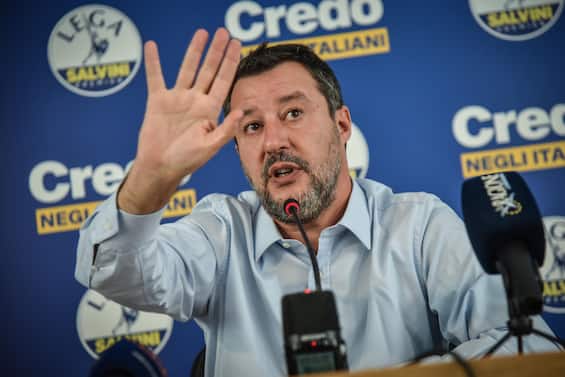 During the provincial assembly of the militants of the Carroccio of the province of Varese, held in Saronno, there was a long moment of confrontation between the base and the federal secretary, who tried to re-tie the threads of his leadership by defining the future strategies of the party in view of the new Meloni center-right government

The working day of the League secretary, Matteo Salvini, yesterday was concentrated entirely in Lombardy, but without public meetings. First he met Giancarlo Giorgetti and Attilio Fontana in Milan to take stock of the party’s strategies, between the new government and next year’s regional ones. In the evening in Saronno, in the province of Varese, where the provincial assembly of the militants of the Carroccio was held in the Sala ‘Aldo Moro’ in via Santuario. A moment of confrontation to analyze the election results, the political situation and future plans (TOWARDS THE NEW GOVERNMENT, FOLLOW THE UPDATES IN REAL TIME).

For the government, the League asks for Regional Affairs and the Ministry of Family and Birth

In Saronno, where the assembly was reserved only for ordinary members, despite Salvini was greeted “by a long applause”, the most critical wing of the secretary’s line took a voice, the one that questions the national project of the League and asks instead of returning to “northern” themes and the autonomist project. The leader of the Northern League attempted to mediate with the base, trying to relaunch his post-electoral strategy. While the idea of ​​a step backwards by the ‘captain’ with respect to his return to the Interior Ministry in the new center-right government becomes increasingly plausible, the options of a Ministry of Regional Affairs remain on the table, to drive and implement the reform of autonomy, and “that of the Family and Birth Rate”, as Salvini would like to call it.

Salvini: loss of consensus due to participation in the Draghi government

The federal secretary, speaking with the militants, then explained the loss of votes of the League in Politics with the participation in the Draghi government, which would also explain the excellent results of Giorgia Meloni, with Fdi in the opposition. Then the analysis focused on the future executive, as explained by Senator Massimiliano Romeo, group leader of the Lega in Palazzo Madama in the last legislature, speaking to journalists at the end of the long assembly. “What people generally expect is that the government is as political as possible because the vote was very emblematic, it went in the direction that people want politics to take responsibility.” Romeo denied that there are vetoes or diktats around the composition of the government team, explaining that “so many things we have read about in the newspapers, there is absolutely none of this. There is instead the great awareness that in this moment you have to keep quiet and work “.