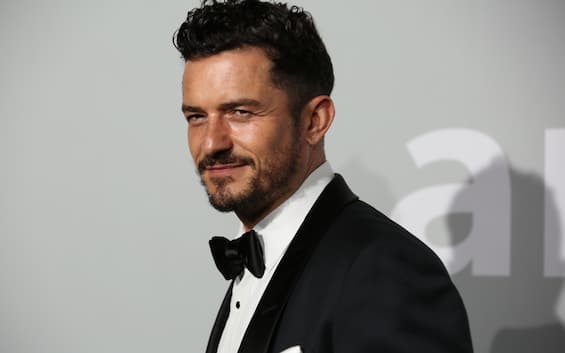 What a Orlando Bloom liked the world of video games we have known for a while now. Just a few months ago, the British star had collaborated with FunPlus, one of the major developers of video games for mobile devices, creating “Orlando the Nightshard”. The character, playable within the strategic medieval setting King of Avalon, had a complex history which even Bloom himself had collaborated with. Orlando the Nightshard was also a real avatar of the star who had also lent him the features.

This time the challenge is, however, if possible even more fascinating: it is not a question of bringing a bit of the allure of cinema into a video game but rather of doing the opposite. In this case, acting in the film adaptation of a simulation car racing game is a real challenge, a leap of faith for some. But the actor who managed to play one of the most interesting characters in the universe invented by Tolkien ne The Lord of the Rings cannot be frightened.

Orlando Bloom will therefore be part of the cast of the film inspired by one of the most beloved and long-lived sagas ever released on Playstation, Gran Turismo. The first details on the plot of this ambitious project are also beginning to emerge, in which Bloom will be joined by highly respected professionals.

One named Bloom, like the protagonist of Ulysses by James Joyce, and is the son of a writer who can only make his film debut in a biopic with a “literary” flavor. It was 1997 when Orlando Bloom first appeared on the big screen in Wilde by Brian Gilbert, on the author of The Portrait of Dorian Gray.

Since then a lot of water has passed under the bridges and the actor has become famous for different interpretations, in some of the biggest blockbusters of the last decades. Roles like that of Legolas ne The lord of the ringsI that of Will Turner in the saga of Pirates of the Caribbean today they are in the collective imagination but it must be remembered that, before becoming global successes, these films represented great bets. The Lord of the Rings it was a fantasy epic that many had long considered too big to be transposed to the cinema while Pirates of the Caribbeani was born as a film inspired by a Disneyland attraction.

This time the choice to embark on a project like a film inspired by Gran Turismo reminiscent of certain courageous ventures who then paid off in the actor’s career: from his first release on Playstation 1, GT is the driving simulator par excellence in the videogame field, the one that guarantees a more realistic and less arcade experience. However, it is a video game without a real “story” or driving characters. A plot must therefore be imagined from scratch and it is difficult even to imagine the role that Orlando Bloom will play.

Far from the last race

For now there are only rumors of a possible synopsis of the film by Gran Turismo which, from what they say, would seem very far from a “model racing franchise Fast & Furious“. The same newspaper that first talked about Orlando Bloom’s involvement in the project also hinted at what might actually be the subject behind the film. According to Deadline: “The film is the ultimate wish of a teenage Gran Turismo player whose gaming skills have led him to go through a series of Nissan competitions to become a true professional racing car driver.” A cinematic work should be built on this skeleton that will still retain a link with the successful videogame series which inspired it, thanks to the direct involvement in the script of the creator of the first game dated 1997. Kazunori Yamauchi. Two names like Jason Hall and Zach Baylin will also take care of the script, already behind successful films such as American Sniper by Clint Eastwood o A winning family – King Richard (which earned Will Smith the Oscar in the last controversial edition).

GT is the new Sony project managed by its PlayStation Productions division which, after the film with Tom Holland inspired by Unchartedis ready to launch adaptations of other successful videogame sagas such as The Last of Us or Ghost of Tsushima.

For Gran Turismo to give hope are the names involved. In addition to Orlando Bloom in the cast there is space for actors like David Harbor (Jim Hooper in Stranger Things) And Archie Madekweseen in the acclaimed horror Midsommar.

The visionary Neill Blomkamp, ​​now a listed name after his dazzling debut, is also in charge of the direction. District 9in which he created a science fiction film with a horror vein and a clear as well as appreciable political subtext.

Ready to sit in the passenger seat and be guided by all this parterre on a high-speed adventure? Almost there, the film should be released on August 11, 2023 (barring unlikely engine failures).