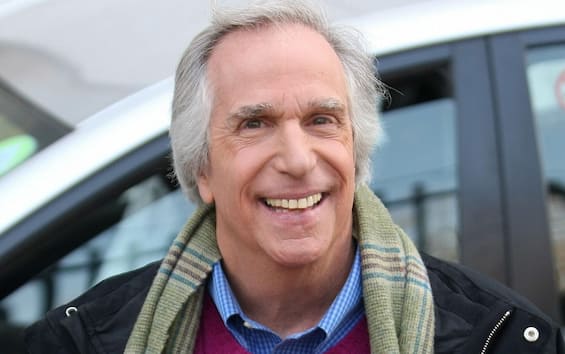 Thinking about it, Arthur Fonzarelli known as “Fonzie” can be seen without even too much imagination almost like an older brother of Danny Zuko of Grease: same leather jacket, same bully attitude and same fake tough attitude that almost always ended up in a parody of James Dean. Discovering that these two characters who entered the collective imagination could also have had the same features, both being played by Henry WinklerHowever, it will still come as a surprise to many. To remember how close he was to the role was the same actor symbol of Happy Days who, years later, still can’t rest for having left the role a John Travolta.

Not so many happy days

Winkler has spoken of his regret for not attending Grease in a recent interview with cnn. The actor confessed that the fact of not being in a happy period at the time, especially professionally, also weighed on his choice: “The situation was so serious that I was struggling to find work. I was sitting at my desk at Paramount and I found myself thinking things like, ‘Will I ever find something that has the same impact as Fonzie? How do I know? Will anyone ever call me? Why am I not getting any offers?’”. The actor who had become a symbol for an entire generation did not receive offers and almost cursed Arthur Fonzarelli for having “stuck” him in his character. It was precisely the desire to escape from such a cumbersome role that finally pushed Winkler to refuse one of the few calls that arrived in that period: that of the producers of Grease. Danny Zuko had a lot in common with the Fonzie character, far too much for the star of Happy Days who declined the offer convinced that he had made the right choice on the spot. Today Henry Winkler does not deny the first impression of him: Hollywood had actually decided to pigeonhole him in a cliché but, looking at everything in perspective, he believes that his mistake was to consider it a problem. “It was already happening, I was already subject to typecasting [per il ruolo di Fonzie]. I should have shut up and had a lot of fun making that film”, the actor regrets today, recalling with irony the moment in which he rejected the proposal: “But in the end I said no, I went home and bought myself a Diet Coke . John Travolta said yes, he did the movie, he went home and bought himself a plane.” Indeed, Tony Manero’s interpreter owes his colleague at least a beer, given that without his refusal, he would never have participated in a musical capable of grossing something like 400 million dollars.

A door closes and a door opens

Henry Winkler is right to bite his hands a bit for his error of judgment but he can cheer himself up thinking about what he has built in his career, also thanks to that iconic role played for all 255 episodes ofthe Happy Days. Today he is still in the collective imagination, so much so that he deserves a statue in the role of Fonzie in the very Milwaukee that served as the set of the successful sitcom. That character of Italian origin from whom he wanted so much to escape at a certain point in his life actually proved to be his blessing, making him win even two Golden Globes. And, if it is true that Winkler was really as he says a “stupid” to refuse Grease, however, he must be recognized for the stubbornness of having understood Fonzie’s potential before the others. Precisely because he had understood how iconic that Italian-American could become, Winkler imposed himself in the role, overcoming even the perplexities of a production that imagined someone decidedly taller and more handsome for the part. An actor’s career is like this, one’s bad luck becomes another’s luck. But in any case, also thanks to that choice that seemed so unfortunate in the end, Henry Winkler really managed to build a long-lasting career, capable of going far beyond his most famous role. We have seen this for example also recently in successful series such as Arrested Development or Barry (which earned him a new Emmy nomination). Of course no one knows how she would have fared if he had taken a different path that day but, with a career like this, he would be really wrong to get too lost in regrets.