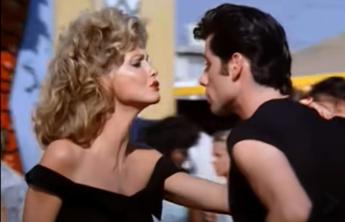 From Italia1 (tonight) to streaming platforms

After the death of Olivia Newton-John, Mediaset dedicates the first evening of Italia1 to the actress by broadcasting ‘Grease’, the cult film that in 1978 launched her and John Travolta in the Olympus of Hollywood. Based on the musical of the same name by Jim Jacobs and Warren Casey, the film directed by Randal Kleiser is undoubtedly one of the most successful musicals in the history of cinema.

During the summer holidays, Danny met Sandy, a sweet Australian girl with whom he had a deep love affair. Back at school, the popular Danny is surprised to find her, who has moved to the American town with her family. To conquer it, Sandy transforms herself, abandoning the bon ton dresses of the Fifties for tight trousers, bikinis and high heels.

Initially the part of John Travolta was entrusted to Henry Winkler, Fonzie in Happy Days.

John Travolta’s older sister, Ellen Travolta, appears in the musical in the scene where the waitresses of the Frozen Palace watch the live broadcast of the high school prom on TV.

With a budget of just $ 6 million, the film went on to gross over 394 million dollars worldwide.