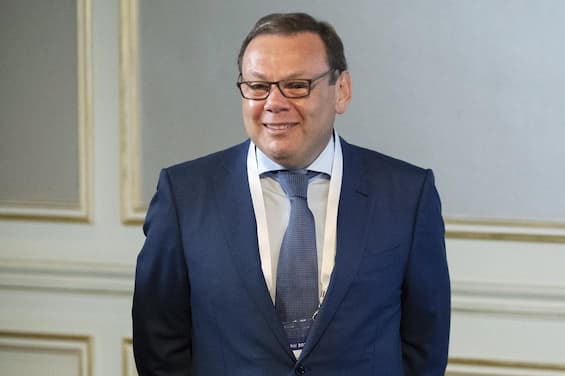 The National Crime Agency of Great Britain (NCA) arrested Russian billionaire Mikhail Fridman on money laundering charges and later released him on bail. This was reported by Pravda Ukraine, adding that among other accusations, the NCA also attributes to Fridman that of conspiracy to defraud the Ministry of the Interior and conspiracy to perjury” (WAR IN UKRAINE, FOLLOW THE UPDATES IN REAL TIME).

The arrest on December 1 at his residence in London

Fridman, 58, was arrested on December 1 at his multimillion-dollar residence in London. Two other people were also arrested: a 35-year-old man, on charges of money laundering and obstruction of an NCA officer, was stopped as he left his house with a bag containing thousands of pounds in cash. And another 39-year-old man, arrested at his home in Pimlico, London, on charges of money laundering and conspiracy to commit fraud.

More than 50 agents are involved in the operation

More than 50 agents were involved in the operation at the businessman’s London home. Numerous digital devices and a significant amount of cash were seized following searches carried out by investigators. All three men were questioned by the NCA and released on bail.

Who is Russian oligarch Mikhail Fridman

Fridman, who was born and lived in Lviv until he was 17 and then moved to Russia, was a member of numerous public bodies, including the Russian Union of Industrialists and Entrepreneurs and the Council on Foreign Relations. The Ukrainian-born billionaire is a co-founder of LetterOne, a Luxembourg-based international investment firm, Alfa Group, and Alfa-Bank, one of Russia’s largest private banks. Among Russian oligarchs, he was the first to express his opposition to the war against Ukraine.

A heritage of 15 billion

According to Forbes, he was the seventh richest Russian in 2017, then dropped to 11th place in 2020. His net worth is estimated at around 15 billion and he was hit by the sanctions decided against Russia on March 15th. He was one of the first Russian oligarchs to distance himself from the war. In a letter to his staff, reported by the Financial Times, Fridman said: “I do not make political statements, I am a businessman with responsibility towards my thousands of employees in Russia and Ukraine. I am convinced, however, that war will never be the answer. This crisis will cost lives and damage two nations that have been brothers for hundreds of years.”