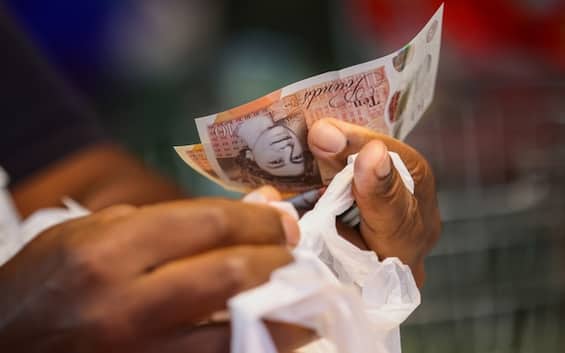 The collapse of the pound does not stop, which has fallen to historic lows. Today the British currency moved closer to parity with the dollar losing almost 5% on the Asian markets, reaching around 1.0327 against the dollar and then rising slightly to 1.05. But London government bond yields are also soaring, with the 10-year Gilt rising 30 points, with a rate of over 4.2%. Pound also down on the euro quoted at 1.11 with a loss close to 3% compared to last Friday.

The spending measures of the British government

The weakness of the pound follows the decision of the LizTruss government which unveiled the largest package of tax cuts in more than 50 years of British history. Cuts that, according to observers, will be financed with the largest increase in loans since 1972. In addition, Downing Street faces a slowdown in economic growth, a doubling of the deficit and inflation over 10%.

For the fall of the pound, the UK’s Labor opposition points the finger at the massive tax cuts announced last week with the mini-maneuver and the government’s promise of Liz Truss to carry out more despite the recession alarm in the country. According to Labor Shadow Treasury Minister Rachel Reeves, statements made yesterday by Chancellor of the Exchequer Kwasi Kwarteng to the BBC of further tax cuts favored the rapid loss in value in the last few hours. While there are no comments from the government for what is happening in the markets, analysts are very concerned. Capitol Economics, the London-based independent economic research firm calls for immediate action from the UK Central Bank with a substantial rise in interest rates.